Clown for a day 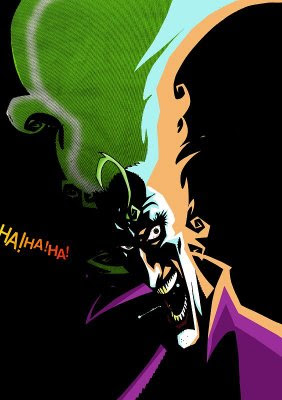 "A man goes to the doctor. Says he's depressed. Says life seems harsh and cruel. Says he feels all alone in a threatening world where what lies ahead is vague and uncertain. Doctor says treatment is simple. Great clown Pagliacci is in town tonight. Go and see him. That should pick you up. Man burst into tears and says , But Doctor...I am Pagliacci."
Writen by El Random Hero at 2:04 PM

Full Circle and a rant

Remember George ? I met up with him again when I had to go to court and testify against the mocoso who tried to rob me. He spent his 18 birthday in jail. The case is done. It was kinda sad because the District Attorney defending him didn't put up any kind of argument. I described what happened and that was it. To think that this kid getting put away was just another case on another regular day. While we were waiting, George and I discussed everything from how we ended up there to our personal lives. That's when he described my life style as "Bohemian."
I looked it up and this is what I found. It's weird how it REALLY does describe me....
Bohemian is defined in The American College Dictionary as "a person with artistic or intellectual tendencies, who lives and acts with no regard for conventional rules of behavior."
"The term 'Bohemian' has come to be very commonly accepted in our day as the description of a certain kind of literary gypsy, no matter in what language he/she speaks, or what city he/she inhabits .... A Bohemian is simply an artist or littérateur who, consciously or unconsciously, secedes from conventionality in life and in art." (Westminster Review, 1862)
Writen by El Random Hero at 3:40 PM

President elect Barrack Obama has been asking citizens for suggestions..."Start right now. Share your vision for what America can be, where President-Elect Obama should lead this country. Where should we start together?" I myself took the time to write about the importance of Obama signing the Federal Dream Act. I encourage anyone reading my blog to please go to his site and do the same. This maybe one of the biggest and most impactful things that the next President can do.
Writen by El Random Hero at 10:25 PM