Fear of Missing out on Nostalgia

In explaining something about myself and how I grew up to someone recently I came to a realization, you don't really know you grew up poor until you get older and you realize how poor you really were. This specific train of thought goes beyond finances and into how I grew up missing out on experiences that seem to be common for almost everyone else. Thinking back on those years, I realize that I grew up isolated from others and bereft of almost all adolescent experiences that help and individual grow and mature. Growing up, I picked up survival mechanisms quickly both from experience and from seeing others and what would happen to them. One those techniques was being able to bullshit myself through conversations with others, basically faking it. Best analogy I can give to this, which is kinda lame but on point, is a Friends episode in which Joey buys a single encyclopedia book because he's always fake smiling and nodding in group conversations cause he doesn't know what they're talking about. That's me, except with life.

At this point in my life, I don't find myself doing that unless I'm just humoring someone so they can get through their story and I can change the subject to something a lot more interesting, but I still pick up on those cues here and there. So many conversations are based on assumptions on the other persons personal experiences in that yours are the same as theirs and vice versa. That's why I've never liked making small talk in social settings. I'm good at it, but it's in one ear and out the other unless I find a genuine connection. I'm also not bogged down by the nostalgic version of 'fear of missing out' when talking to folks either, partly because I've taken ownership of my experiences and who I am as an individual. External validation of others is not something I seek or long for, but it is nice coming from those that I respect and admire.

At the same time though, I'd be lying if I didn't stop to day dream about what it would have been like to have grown up with a sense of normalcy, routine, and adventure that didn't involve working to make ends meat or enthralling myself in solitary forms of entertainment like comics, television, anime, video games etc. It wasn't until my early 20s and once I stopped living at home that I tried to make up for everything I wish I could have done when I was a teen. From going to back yard shows to skating around town and eating dollar chicken sandwiches from fast food joints. It's funny how the older the I get, the more I think about how I grew up, which in turn helped shape who I am today. I have the answers now that I didn't have back or weren't explained to me for one reason or another, and I get a mix of frustration, anger, resentment, and relief.

So much was tied to just being poor and moving around on a regular basis that there was no way I would be out and about in the middle of the night on adventures. I had no friends and no sense of where to go, so I just stayed home, which brings me to the present. I find myself going on nostalgia trips more so out of this sense of trying to reclaim a sense of 'fear of missing out' from things that happened during my adolescence and get caught up. A lot of that is tied to my consumption preferences of pop culture and entertainment. Jotting things here and there to look them up later on google. One thing usually leads to another and before I know it, I'm down in a rabbit hole bookmarking pages and putting books/movies in my amazon wish list so I can follow up on them later.

It's a lot of fun sometimes going down those rabbit holes because as I search for one thing, I end up finding references to others things, which spur me on to keep going down further and deeper. Out of everything I have take an interest in my life, they all have some unfinished lineage I'm tracing to figure out how one thing lead to another and its current interpretation of it. To this this, one of the lineages I've been able to follow through to the end, almost, is the creation of the Batman character, the Joker. To know that the origins of that character are found in classical literature, which I have but haven't read yet, means that there's no telling where these rabbits hole lead. This is one of those habits that will be with me for the entirety of my life. A kind of fear on missing out on nostalgia and history. 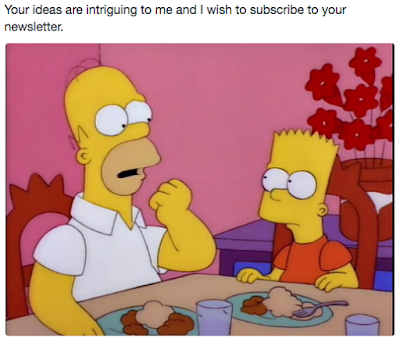 The older I get, the more I'm making up for my youth. I'm at a point in my life in which I can comfortably live in a growing time bubble of my choosing. I forgot who I said this to and the exact wording, but to paraphrase myself: part of being an adult is having the ability of being able to buy anything you couldn't when you are young. The nostalgia affect is real and I fall for it every other time, like a moth to a flame. Which is not to say I haven't been expanding my boundaries and experiencing new things when I can, but the majority of the time, I'm trying to catch up on something I missed or just relive something from my youth. Every once in a while, I find a combination of the two and I nerd out. At the same time, I've also taken advantage of my resources and have been doing a bit of traveling that has lead to a lot of personal growth and expansion of my internal universe.

As much fun as I've been having, I'd like to think that I've put in twice as much work, both on the financial side to be able to sustain my comfort level and at the social level, which I consider anything in which I'm helping others grow, volunteering, and just generally helping others if I can. As such, the passage of time feels faster than it has previously in my life and I worry about that sometimes. The majority of my time is invested in work that provides finances and/or volunteer, after that, all I do is melt on the couch with various forms of entertainment to distract me. Before I know it, the week is over and the routine starts all over again. I like it.

Like everyone else, I also find myself pondering existentially at the mysteries of life and if I'm making the best use of my time and resources. I'm grateful for the maturity I've been staking up like experience points over the years because it has made navigating life less confusing and a bit easier. If I had this level of maturity 10 years ago, there's no telling where I would have ended up, but that's also the point. The experiences I've been through have accumulated and lead me to where I am today. And like everyone else, I have good days and bad days, but I keep on keeping on. I can't change systems, but I can make positive changes in individuals I meet and that I care for. That is something I have kept practicing for as long as I have been active in social justice movements. It's not a solution, but it's what works for me.

I'm looking forward to what 32 will bring and who I will get to share it with.