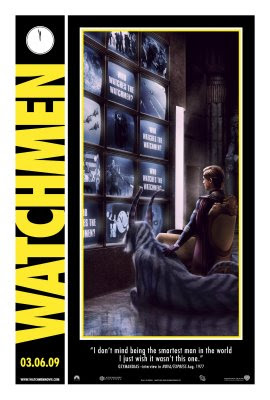 Pretty much up until a few years ago, after I became self conscious and aware, I was ashamed of being who I am and accepting it. Since I was a kid, my parents reinforced this notion in me and my sisters that we were inferior compared to everyone else because we didn't have "papers." I grew up being ashamed of being Mexican because my parents were ashamed of it themselves. They never took any pride in their culture, heritage or traditions because that wasn't instilled in them when they were young, so naturally they passed it on to me and my sisters.
One positive aspect I can reflect on is that while my parents didn't instill confidence and appreciation for our culture, they didn't forsake it all together either. These notions of inferiority were also reinforced in school because I was never friends with other kids like me who didn't have papers, I had regular friends who did normal "American" things.
I literally learned english as a child by watching t.v. sitcoms and from interaction from neighbors and friends at school. My sense of humor, knowledge of history and pop-culture all came from a variety of shows but the most influential shows that to this day have impacted my life are The Simpsons. Among other cartoons, The Simpsons molded my subconscious with trivial and at times useless information about pop-culture. I look back and watch the same episodes I watched religiously back then and marvel at the smartness of the jokes and the hidden-historical references made in each episode. It's no wonder I have a fascination for Jimmy Hoffa.

Obviously that pushed me in the direction of forgetting about who I am and where I come from and adopting a more American outlook and attitude toward life. I never talked about being undocumented to anyone and always avoid anything relating to it because I knew that was topic that must never be mentioned. I assimilated and by the time I was in the fourth grade I was able to read and write english without any difficulties. In fact, I was never placed in any ESL classes, that I know of, and I even envied the other kids in the ESL classes because they looked like they were having more fun than I was reading and analyzing short stories. The shame continued on into junior high and into high school because I knew that if anyone knew I didn't have "papers," I would be ridiculed and punked by everyone else. I basically didn't want to lose any face with my friends.
Over the years, the shame just kept developing and growing until I didn't even know who I was anymore or where I belong. This identity crisis lead to me having to face past demons and coming to terms with who I am, where I'm from and who I represent. I still see kids going through the same thing because I see it in them. The inner conflict they struggle with while still trying to please everyone else. It's easy to toss blame at other's but it's never justified. It's just an excuse to deal with the one's own personal demons and to try to make sense of everything. The idea of having to integrate two diverse cultures can lead to many paths and some stray to far and lose themselves.
Then there are other's who embrace it and some who are able to find the middle. I would like to think that I've found the middle in that I'm proud of who I am and where I came from, but I'm also proud of my new adoptive home. Now when I stop and think about not having papers, I don't see it as nothing more as a legal technicality that prohibits me from fully living my life.  A technicality that will change in the immediate future.
Writen by El Random Hero at 11:57 PM