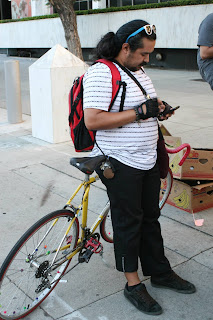 "Do not chase people. Be You & do your own thing & work hard. The right people that belong in your life will come to you & stay."~ Wu Tang

For sure, one of the hardest life lessons I’ve grappled with is chosen solitude. Learning to be alone in all the different aspects, in which that statement can take, shows strength of character. And for me, much like other life lessons, it was something that was worked on gradually.
But the driving force behind it wasn’t spiritual/religious teachings, advice from anyone or something I read in a book. Nah, all that existentialism can’t hold a candle to the immortal words of the great philosopher “Smokey.” In which he spoke these words and proclaimed across the land, “Fuck it.”

It’s hard for many to comprehend this unless they know this kind of life, or even the context of it within the first “Friday” movie. But in my time, I’ve found the courage and strength to move forward on numerous things by simply following that simple mantra. Whether it was asking a girl out, jumping into the deep end of a pool knowing full well I don’t know how to swim or just trying to make every day choices like having my eggs scrambled or over easy.

There’s an inherent social need to connect and share experiences in everyone. We can’t be alone forever, nor can we constantly be around others as well. There’s a time and place for everything, and having the emotional and metal maturity to balance both is a sign of strength of character. I know for me, its taken living on my own to fully come to grips with this.

And now I’m glad that I can look back at moments in which I decided to go out on my own, and more importantly, how much I enjoyed myself. It took a lot for me to get here. I’m as affectionate as can be, and I love nothing more than sharing special moments with friends. But there have been times in which I failed to act because I didn’t have anyone to keep me company.

It’s looking back at missed opportunities that have spurred me into action. That and proclaiming, “Fuck it.” At the same time, there’s also the aspect of chosen solitude in relation to, well, relations/relationships. I’m not one to casually date or have sex, anyone who knows me, knows this. And I don’t like being called a “relationship guy,” but that does seem to sum me up.

The way it usually works out for me is I’ll be in a relationship with someone. We’ll break up for whatever reason and from there it’ll take me a while to want to be in another relationship after that. The time between relationships varies, the longest being two years, in which I had my heart broken in every way possible. Totally not bitter about that anymore by the way. Just saying.

It’s in that period of solitude that I reflect on what happened last time around, I chew on it and begin to learn and grow from the experience. I mean, what else can I do, right? That way, next time I find myself in another relationship, the person I’m with can get a better version of Erick than the last one did. Kinda like when you pay a few extra cents for a bigger size of popcorn/soda at the movies. You get more product and free refills.

Relationship solitude is never chosen, let’s be real here. No one wants to be with a hot mess. Thus, learning to be on my own within this aspect was something situational, rather than chosen. Nonetheless, I learned to be comfortable with myself and not rely on having to be with anyone for various forms of support. Rather, I turned to my friends for that kind of support because they’ll be around longer than most of the girls I date.

While there’s still more progress to be made in terms of my personal growth, being able to acknowledge and see the growth I have made thus far is reassuring. It means that I’m not perfect, but I’m putting my energy and efforts in the right direction. And whether I end up getting married in the future or I stay single the rest of my life, I know that I’ll be at peace with whatever the out come because being alone is ok.
Writen by El Random Hero at 4:19 PM