Classism While Being Undocumented 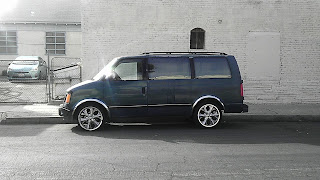 Inherently, we are taught and in many ways, shaped by our parents to be classist. Course this isn’t true for everyone, but lemme get down on this before you start rolling your eyes. The fact that our parents brought us to the U.S. for a “better life” laid the foundation for folks, whether they know it or not. I mean think about it, really think about it. Using myself as an example, my parents are borderline literate.

They’ve been in the US for more than 22 years now, and they haven’t learned English in any shape or form outside of short conversational words. There’s numerous factors thrown in the hat for that, but at the end of the day, my parents, like many others, were putting in time hustling to make a living and feed their kids. Education wasn’t a luxury they had neither in their home country nor in the U.S.

But I sure as hell did. Shit, that’s all I ever heard growing up. My parents sitting me down and being all like, “Mijo. Look how hard we have to bust our asses to make ends meat. No matter how hard we work, it’s never enough. That’s why you have to do good in school. So you can get a job as a teacher or at a nice office. The last thing we want is for you to end up like us. Uneducated and working a dead end job.”

While I’m totally assuming here, I like to think that all parents want their children to surpass them, among many things, economically so we don’t struggle and in turn so that the grandkids don’t struggle either. I mean that’s how it works right? My parents gave me better opportunities to succeed and move up here in the U.S. In turn, if or when I have kids, they’ll be a few steps ahead because of my education and lifestyle here. And then theirs kids will be like waaaay spoiled to the point that I’ll be all like, “those fucking kids are spoiled. Back in my day, we had to walk 26 miles to school in the snow. And up a big ass hill.”

Now if you can take all that in and factor it in to the “dreamer” movement, you’ll see why classism is an issue within the movement. What’s that you say? That I’m off my rocker and just making shit up you say? Well, if that’s your reaction then you are part of the problem. Don’t like being part of the problem, then stop being classist and start passing out Turkeys like Nino Brown.

I have seen classism within my peers on multiple occasions. Among the spectrum of “ism’s” that the movement has worked to identify, neutralize and change for the better, for sure classism is the one that is never talked about. Least not that I’ve seen with regards to the way other issues have been addressed. Yet, I think it’s one of the biggest issues that should be discussed at bare minimum.

They way I’ve seen classism happen is mostly through micro and passive aggressive channels that don’t initially register with the individual until it’s pointed out. Fact of the matter is, that this kind of stuff only goes down in big spaces, where issues like this can develop out of the sheer privileges we have by living in California. Cause when it comes down to being undocumented, California is a paradise compared to other states.

When I first got into the “dreamer” movement, I never gave though to class or any of the different privileges we all have and what that means when you have a shared space that is with all intention, suppose to be safe and open so anyone can feel comfortable within it. But that doesn’t last long. Before you know it, you get pigeon holed and you get left behind if you’re not careful.

Now bear with me as I lay down some theoretical social observations on why I see “dreamers” as being classist. None of this is new or ground breaking in any shape or form, I just wanna write about it is all. Anyway, ok. So, it’s like this. First we have to break down the archetype of what it is to be in the situation of a “dreamer.”

There is reason X, which is the catalyst in which families/individuals make the choice to leave their home country and come to the U.S. Once here, everyone is put on the same level, almost fully nullifying whatever background the family had back in the home country. This is more on the monetary sense and of course doesn’t factor in education or where the family was before moving.

So, family leaves for reason X, but one has to factor in the Y, how they get into the U.S. The range goes from coming in with a Visa to straight up crossing the border and going through the desert. Class divisions can already be made here as folks fall into the different categories of entrance, and a lot of it speaks for itself as well. Those who had comfortable lifestyles before they left because of reason X are now forced to start from the bottom because almost none of that transfers once in the U.S.

Essentially, not having a legal status is a kind of equalizer that puts everyone on the same level economically and job aspect wise. Thus the key factor in “dreamer” classism is factor Z, the parents own education background, their values, aspirations and what opportunities they give their kids once here in the U.S. Resources man !! It’s all about who can access them, make the best use of them and who can play the game. Simple as that. Too bad most folks won’t get down to this part because of all the babbling I was doing to get to this point. Ohh well, fuck’m.

So what’s the point to all this you ask? Well, simply put, to call out the classism that is within the “dreamer” movement. I can give names and get deeper into it by talking about the differences in education, but at the end of the day that doesn’t matter. Everyone is trying to get theirs and improve himself or herself. I don’t blame anyone for that, especially when they work hard to get where they are.

But I’m not down with frontin’. If you do/say something, them own it. Right or wrong. I would respect people a lot more if they were honest about just trying to move up, rather than just lying and saying that their work is for the community. I see too many folks claim to work for the community and in reality, they're just trying to make a quick buck while the getting is good. And don't even get it twisted either, cause I'm in there. The first chance I got to have a steady job, income and a place to live, I grabbed on tight.

I've been poor and broke for the majority of my life, for numerous reasons. Now that I'm in a better position, I still do what I can when I can, but my priorities are making a living, cause being broke and relying on others is not something I intend to do all of my life.