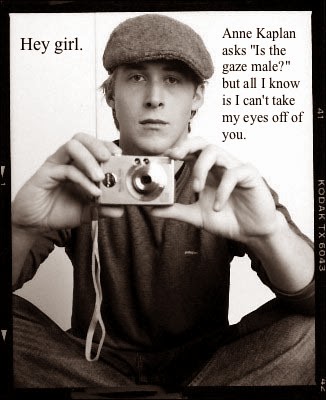 Dressing up as Princess Leia for Wondercon, a comic book convention, imparted me with a brief glimpse of the every day sexism women have to put up with. Totally not the experience I had in mind going into the convention, but an important one that allowed me to reflect further within myself, and my relationships with women. However, before getting into that recent experience, a bit of history to help contextualize things.

I grew up with women in my life. I’m the oldest and the only male in my immediate family. I have three younger sisters, my mom, and my dad. For all the B.S. male masculinity my dad tried to impose on me, I know I take after my mom. Still though, I got the standard male-oldest son preferential treatment at the end of the day. There was this one time when one my sisters called out my mom on the double standard between us. It’s was funny to me at the time just because of the way the conversation went down, but in that moment I didn’t think nothing of it, I had no reason to, I’m a guy.

As such, I never felt an obligation growing up to ponder or even reflect on my actions as a heterosexual Latino male. Traditional gender roles were the norm in my family because that’s what my parents grew up with and that’s what I saw. Again, I never had an inclination to fully analyze the male centric bias that is passed down as tradition, I’m a guy and on the winning end of that deal. 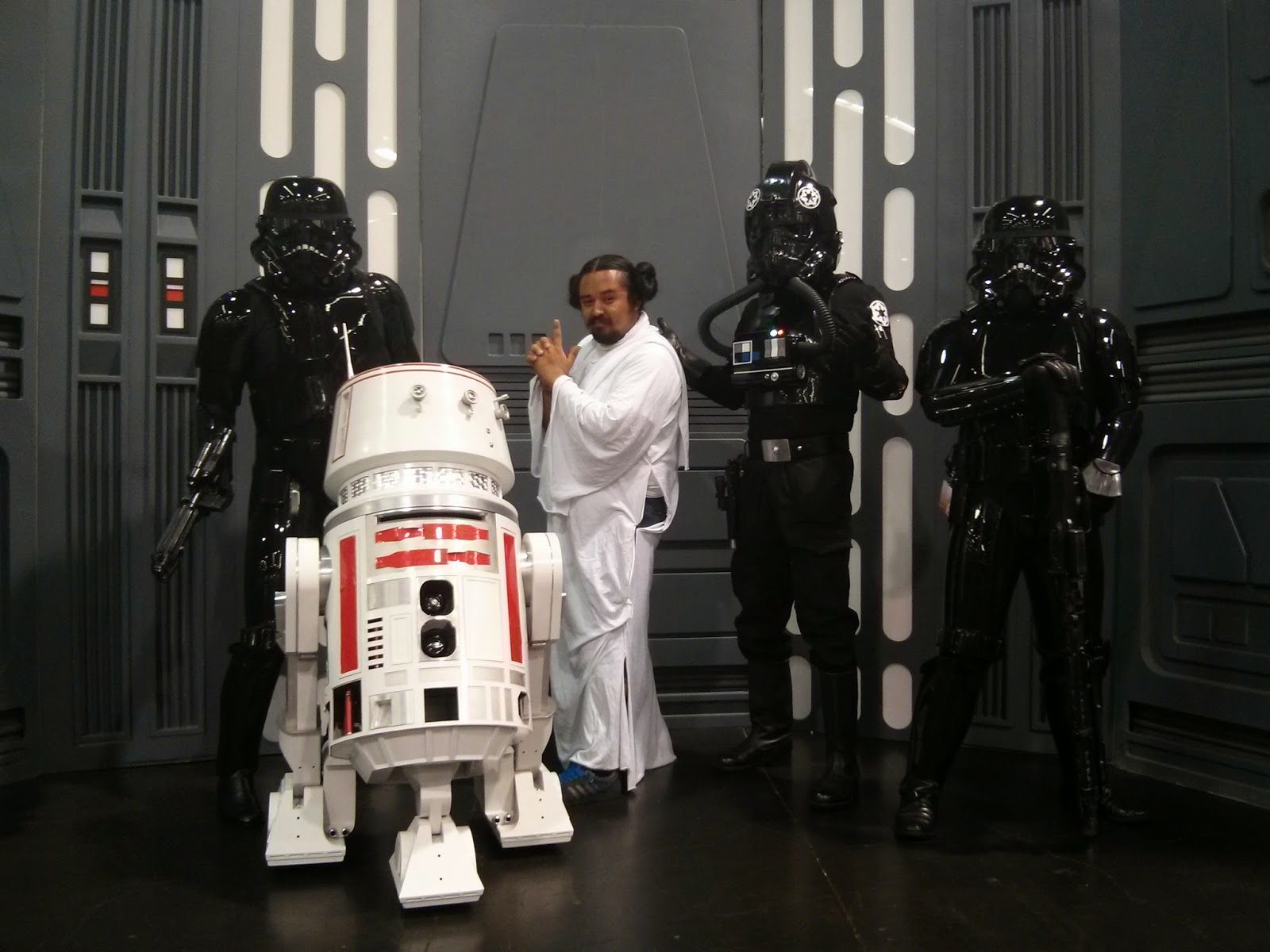 Once I got to the age of being romantically and sexually interested in girls, I gave myself a kind of golden rule when it came to how I would treat women as a man, that I wouldn’t do anything that I didn’t want someone doing to my sisters. I looked at it as a kind of karmic boomerang that I didn’t to get smacked with. Luckily for me, I was an awkward, chubby, dork that would much rather focus on catching all 151 pokemon than trying to have a girlfriend. There’s a lot more to that, but that’ll have to be for another time.

Then there’s the emotional scars and trauma. The physical abuse my mom faced at the drunken/sober hands of my dad still lingers. It was always something stupid with that man, especially when he got drunk. Hearing my mom cry and yell, that shit hurt yo. No amount of talking or therapy will ever change that for me. One of my triggers is hearing the No Doubt song “Sunday morning.” Forgot what the hell I was doing, but that was the song that came on the radio when the yelling turned into violence. My sisters are in the living room crying, telling my dad to stop and at one point my mom calls out my name, asking for help, but I just stand there, crying, and listening to her pleas until my dad finally stops.

As I got older, that’s when my mom opened up about the metal and physical abuse I never realized was going on. Shit like my mom always having to be at my dad’s side. Without his approval, my mom wasn’t allowed to do anything outside of the family. She couldn’t even go to work or school because he said that only single women looking to hook up with other men go to work or school. Ain’t that some bull.

Growing up with that man made me want to be the exact opposite of everything he was. As much as I like to believe that I’m his antithesis, I have his physical resemblance, which takes self-loathing to another level. At the same time though, I am my father’s son, and while I don’t care to admit that I learned something positive and constructive from him, I don’t want to give him that kind of satisfaction or credit. 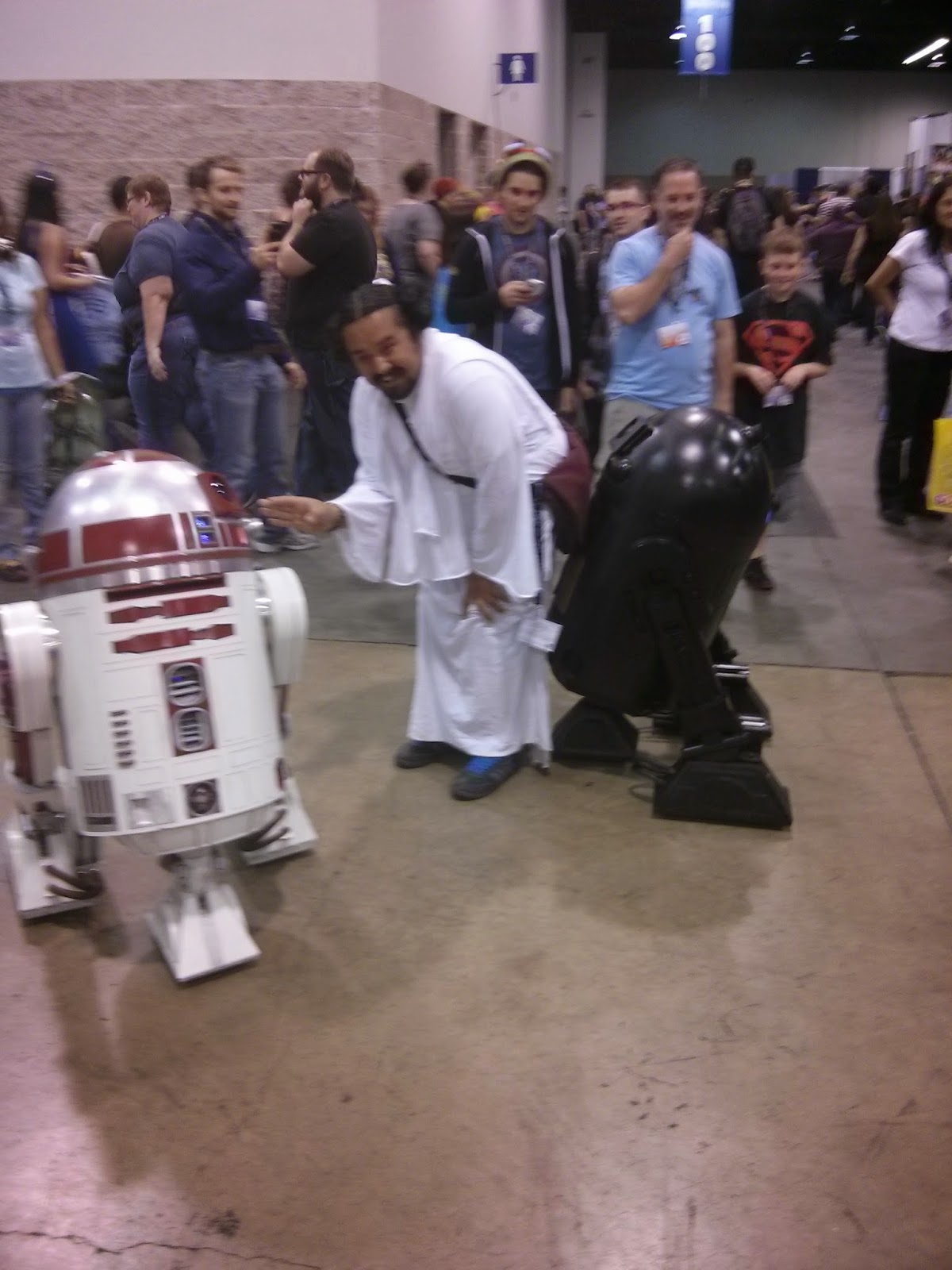 At the same time though, the misogyny society and popular culture tacked on, coupled with me not having anyone around me call me out or help me grow as an individual, I had no reason to continue growing as an individual other than the fear of getting hit by a karmic boomerang. It wasn’t until I part of organizing spaces that things I began to make a conscious effort to be critical of my actions and language when it came to women, specially since the “Dreamer” movement I was elbow deep in was lead, and in numerous ways, is still lead by strong women and lgbtq identified individuals.

The thing about being Princess Leia is that I like drawing attention to myself. The fact that I’m dressing up as a female character in a movie franchise that sorely under represents women and minorities doesn’t escape me. When I first did it for Halloween last year, I went to a couple of parties and a bike ride dressed as Leia, and folks got a laugh out of it. The ridiculousness of seeing a guy with substantial facial hair dressed as a woman is straightforward.

The whole time I was at the convention, I went in with a confident attitude to hold my own against the inquisitive eyes that would be upon me. For the better part, everyone loved the costume. People in cars would honk and give me thumbs up; they’d see me walking by and say ‘great costume.’ Of course I had folks come up to me to take a pic and compliment me on the outfit. Nothing sexual or inappropriate for the better part when it came to individuals, but once I got into the con and into the masses that’s when I started literally feeling that everyday sexism.

At the time, I didn’t think twice about because I was in costume and I wanted the attention. It was the off hand comments and whispers that made me think twice. I straight up got cat calls from other men walking the convention floor, and I’d hear them and laugh them off cause I don’t think twice about them in that moment. Then there was a group of guys that really when out of their way to make sexual innuendos about my costume as I browsed their merch booth.

Again, at the moment, I went along with it and laughed it off. None of it clicked in my head until everything was said and done and I was eating with my cousin and a homie. I chewed on it some more when I got home and I talked about it with a co-worker on the drive to the office.

Experiencing every day sexism wasn’t a life changing experience for me because then that would diminish all of the progress I’ve put in. It shouldn’t take a singular experience for a man to have an epiphany of sorts that’ll make him twice about treating all women with respect. He should be doing that already regardless of circumstances.

As a male, there’s only soo much I can literally comprehend when it comes to what all women deal with on a daily basis. Cat calls, being called names for not being receptive to a man’s vulgar comments, having personal space violated, being harassed on public transportation etc. While I can say that I don’t do those kinds of things, I’m also not expecting a pat on the back.

As a man, expecting women to be thanking you for not sexualizing or degrading them is some straight up bull. How you gonna be expecting praise for treating all women the way they should be treated in the first place.

Which brings up another point, just because I’m not out there cat calling women, that doesn’t mean I’m off the hook either. It’s my responsibility to check other men about that kind of degrading behavior if I’m around it. By allowing it to happen in my presence, I might as well be doing it myself. That’s on top of the continuous work I do for myself in to be a better friend, brother, partner etc. My pants would be on fire if I’d say that I didn’t check out women, because I do.

While I never do it in a creeper kind of way or invade their personal space, it still doesn’t excuse it in any shape or form. I’m conscious of my presence as a man when I’m in groups, public spaces, public transit etc. Taking small actions here and there, depending on the situation, so that any women around me won’t feel threatened or insecure of me being around.

I know I’ve come a long way in terms of my relationships with women, but I know that there’s still plenty more I can do and in some cases, not do. At the same time though, I know who in my circle of friends I can say what with and who I can't. If I'm around the "guys," I be saying stupid shit, no fronting. I do it with some female friends as well, but not to an excessive point either. That's some of the other stuff that also needs work. I be saying stupid shit everyone once in a while and I don't catch myself on it all the time.

At the end of the day, the Princess Leia experience made me a bit more self aware how much growth I have to make as an individual. I reframe from calling myself a feminist I don't like the limits and baggage that comes with any kind of label and identity. I'm just trying to handle my scandal while supporting the sisters in the everyday struggle we are all apart of.