Life Lessons from Riding a Bicycle 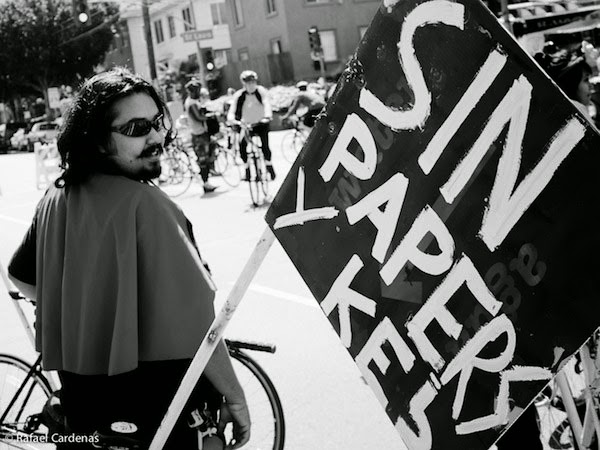 I've had a bike for as long as I can remember. As a kid, I would ride around the neighborhood with friends until I was called home. I would go around knocking over garbage cans on pick up days. I would go to the store or just ride around the block. I've also had numerous bikes on the count that I would be careless with them. It wasn't until I got tired of skating that I became serious about riding. What started out as a need of being able to get around, blossomed into a love for everything cycling.


I was beginning to connect with friends and spaces that used bicycles as a point to connect to larger, systematic issues of in equality, harassment, lack of equal representation and advocacy. I never heard the phrase 'accidental environmentalist' until I started becoming part of those spaces and I realized how just riding my bike was another tool to organize with. 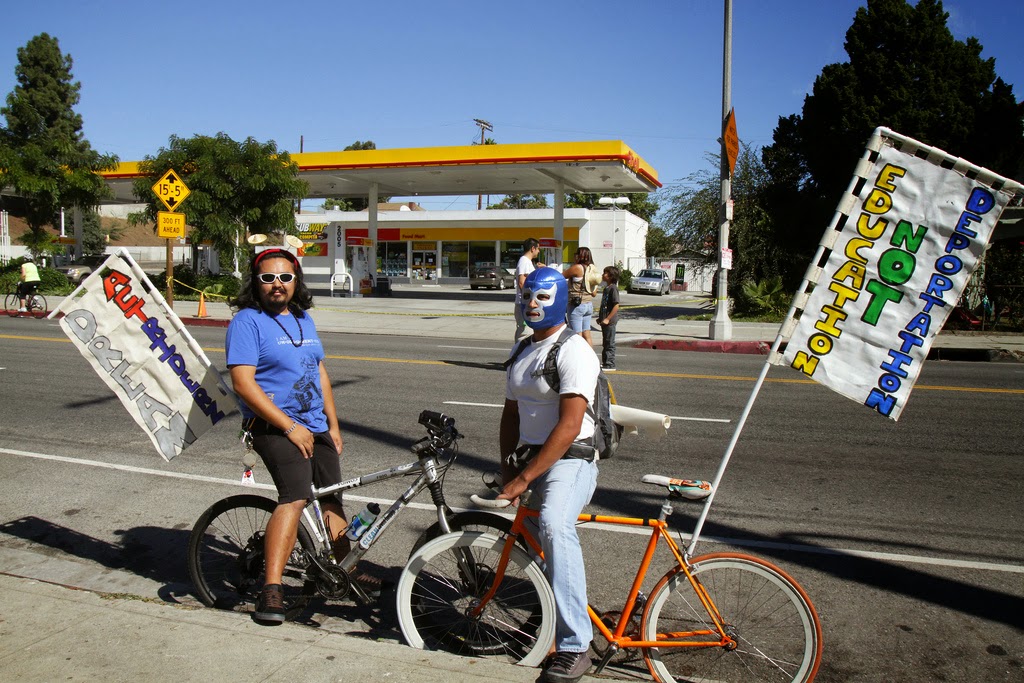 Over the last few years, I've stopped doing activism and organizing in the immigrant rights/dreamer movement and shifted those skills and time into bicycle advocacy. It took a bit to connect all the dots, even though they were right in front of me, but eventually I made sense of everything and I realized that this is where I needed to be. From getting together with friends to organizing rides with hundreds of folks, I've had the opportunity to do a lot with a bicycle and the support of awesome folks.

My jobs, I have three at the moment, afford me the flexibility of cycling and taking public transportation. No doubt that in the future I will eventually become a vehicle owner, it is something I am not looking forward to, specially now that I have access to a California drivers license. For years, it was drilled into my head that having said drivers license and a car are cultural milestones in which the first steps of independence are taken. Growing up undocumented meant that this cultural milestone here in the US was just something else I couldn't take part in.

And while I think back to what I was doing at 16 and what was going on in my life, being able to drive was the last thing on my mind. And even if I could, my family was too poor. Me being able to drive would only have happened because it would have benefitted the family and whatever business we were in at the time. At 16, all of my friends where int the same working class situation, so not being able to drive wasn't some life depriving experience as it's made out to be by 'dreamers.'

At one point, that was me. Whinnying about how not being able to drive means I have to take the bus like some fucking orphan out of a Charles Dickens story. To this day I still can't believe that crap that came outta our mouths in the name of trying to pass some fucking elitist bill like the federal Dream Act. Yet at the same time, my experiences being undocumented spurred a need to share knowledge and advice with others about being safe and knowing the laws of the road to avoid being harassed by dick police officers.

If I'm not on my bike on a regular basis, it throws everything else off. I'm not on top of my game and I physically don't feel well at times. It's routine for me to put in a few good miles commuting to and from work on a weekly basis and adding some more miles on the weekends doing other rides. Whether the ride is for fun or it's used as a starting point to talk about gentrification, police violence, community relations, city infrastructure etc. my bike has become a powerful tool for activism and organizing.

The time I spent at a bicycle co-op for day laborers was when I began connecting my privileges and what it really means to have your bicycle be your lively hood. That's why I can't help and roll my eyes to the back of my head when I see or hear about other privileged people making a big deal outta giving up their car and being treated like royalty for doing such a drastic thing.

I love riding my bike everywhere because I get to see the city like no one else can. Soo much is missed when driving or even looking from out the window of a bus seat that every ride becomes a singular experience unto itself. I've tried sharing it with others as much as I can, but after I while I just gave up. I can invite them all I want and help them get their bike in working condition, but at the end of the day most folks aren't into riding their bike like I am, so I gotta leave them behind and ride out on my own.

On my bike, I’ve seen events so tiny and so fast they hardly can be said to have occurred at all.
Writen by El Random Hero at 1:00 AM