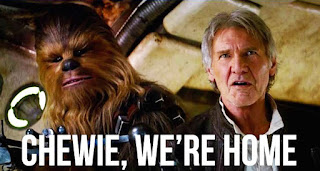 Moving is such a pain, but then again, having the privilege of stable housing can be easily taken for granted. A big part of my life has always revolved around my housing situation. Growing in Mexico, I lived comfortably in an apartment building with my family and then a ranch out in rural Mexico. It wasn't until I came to the US that having stable housing was something that was always out of arms reach. First placed I stayed at when I first got here was an uncles apartment. From there it was another then another, bouncing around from relative to relative. At one point, my family and I ended up in a studio apartment with 10 people living there all at once. There were intervals in which things got better and there was stability, but it never lasted.

My father would draw out the process anyway he could to buy extra time from whatever place we were getting kicked out of. I myself in the better part of the last couple of years relied on others for housing support. From crashing on a couch to sleeping on the floor of a crowded room at a friends house. The generosity and sympathy others have had with me is the only reason I'm still around today. I was never the greatest of house guest, but I did what I could to help out and to get out of the way, but it was never easy. I was just another burden.

Its only been in the last two years or so that I've had the financial stability to live on my own. To have a place that I can call my own, walk around without pants, and do whatever the hell I want without having to be considerate because I am a guest in someone else's home. For a good couple of years, I just went from one friends house to another. Always in transition, never setting my roots down because I knew the situation was only temporary and I would be moving before I knew it. I think back on those years and I choke up a bit at the generosity and compassion shared with me.

Now I find myself moving once again, but this time by choice. Living alone isn't feasible in the long run, specially in a city like Los Angeles, so I'm moving in with a friend to cut down on cost where I can. I'm grateful that I'm able to move in a friend who I trust to be part of this new chapter in our friendship. At this point, it's safe to say that they are going to get the best of me. All my years of being a guest and having to share spaces have helped me be mindful of the space I occupy, how things get decorated, cleaned, and how to make a place feel like a home.

I'm genuinely excited for this next phase of my life, specially since this is the first time I'm going to be sharing space with someone on an even plane. There will be growing pains and we will have to get use to each other and our habits, but that goes for any kind of relationship. This new place isn't where I'm going to set my roots down, but at least I can let them stretch out a bit and enjoy the comfort of a different pot and fresh soil.