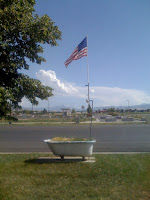 The immigrant dream is to have a great job, own a home, have kids and live a peaceful neighborhood in which you can raise your children and give them every opportunity possible to make something of themselves. That is what everyone who crosses that border and heads north looks for and dreams about when they think of the U.S. That simple dream of a better life has given millions of people the strength to endure extreme hardships in order to attain that dream life. 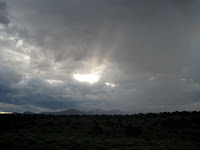 Yet, with so many people crossing and and still coming that dream is getting harder and harder to achieve. That's why some people continue heading north and east looking for that dream life and some of them are finding that dream life life out there. It seems that living in the mid-west, the heart of America, is the only place left for immigrants to attain the immigrants dream. My parents are finding that dream out there too. In a years time from moving from Los Angeles to the mid-west, they have managed to start up their own Mexican food restaurant to great success. They still have to work hard to make the place great but my parents aren't strangers to hard work. Ellos le hechan ganas a todo lo que hacen. They live in a great apartment and my sisters, even though they don't like living over there are doing good to. 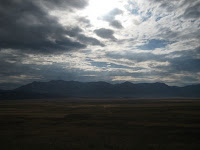 A big part of why my parents moved out there is because a lot of our family over the years has moved over there too. So it only made sense that they do the same after haring stories about how there's plenty of work out there, houses are cheaper and the way of life out there is better than living in the city. All of that is true and I like to think that all the farm animals out there remind them of the rancho. Despite all this, the mid-west is where immigration raids are the heaviest because the majority of jobs out there are in factories and meat packing plants. It was good to see everyone again and to hang out with my sister again just like before. 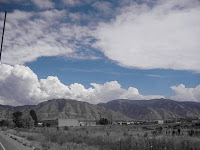 I left home more than a year ago to come back to L.A. to finish school and make something of myself like my parents want me to. My life is here in L.A. and not out there. It's nice if you want to own a home raise kids and have a nice job, but a person like me isn't planning on settling down anytime soon. I have a lot of work ahead of me. 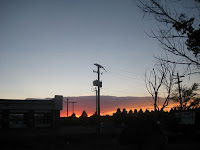 The immigration war is still going on and until it comes to some resolve, I can't stop. Being home put a lot of things into perspective and so did the 25 hour commute back on train and bus. That little vacation has given me found strength to continue on with school and everything else I do. With school starting up in September, I'm ready for anything that can come my way.
Writen by El Random Hero at 11:34 AM