Finding myself in comics 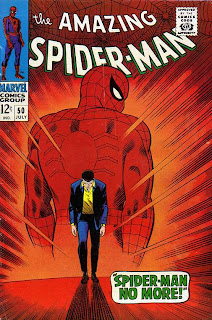 There's this depression I go through every so often when things just keep getting bad no matter how optimistic I maybe. It's really a landslide affect that just gets bigger and more power as it keeps going. Like always, it starts out with one thing and then after a while you become engulfed in a horrible mess. For me it really started when the "Governator" didn't feel like signing SB 1301, institutional financial aide. From there things just started getting worse at every turn. I won't bore you with personal details, but yeah...life sucks sometimes. Every time a bill goes down in flames I question my efforts. Why should I continue doing what if it's all going to be for nothing right ? WRONG. As much as I want to give up sometimes, I know I can't. I have come to realize, which follows the depression period, that there is a possibility that all of the work me and other people do might not benefit us, but the next generation after us. That possibility doesn't seem so farfetched when I'm thinking about how the world is right now. I also have the habit of enthralling myself in deep and philosophical thoughts making for some interesting conversations and ideas in my head. This is where comic books come in to the fray. 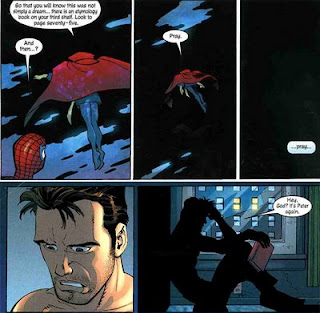 Comic books are an instrumental part of my life, americanization and in some cases the teachers and guides I never had in real life. I love everything about comic books. It's characters, the mythology, the science behind it, the art work, writing EVERYTHING. Comic books will never be fully appreciate for their true value and in someways I'm glad that will never happen because they'll remain a hidden secrete to those who do love reading them and collecting them. Besides, comics are a reflection of the kind of society we live,, kinda in the sense of life imitating art or art imitating life, I'll let you decide. Without going to deeply, wrap your noggin around these ideas and realizations I have made: Superman is an "illegal alien" who was sent to earth because his home planet died. He grew up on a farm and became the embodiment of what the United States stands for, truth justice and the American way, kinda like Captain America but that's a whole different story.  When Stan Lee created the X-Men, he surveyed current events and based the X-Men on the civil rights movements.
The X-Men are hated, feared and despised collectively by humanity for no other reason than that they are mutants. So what we have here, intended or not, is a book that is about racism, bigotry and prejudice. ~ Uncanny X-Men writer Chris Claremont, 1981
It doesn't take a rocket scientist to figure the link between the X-Men and the immigration debate/war currently going on in the U.S. I feel like my life should be a comic book sometimes because of all the drama and shit I go through. Of course anyones life could make a great comic, it's just that not everyone is able to articulate themselves in that fashion or be open about their lives. I relate a lot with these characters and stories on deep personal levels because that's just good damn writing, but out of all of them, Peter Parker A.K.A Spider Man is the one I relate to the most. 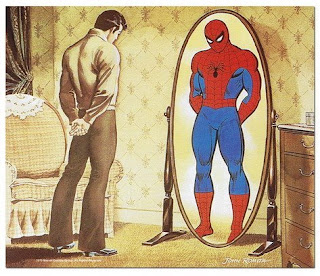 When I stop and compare the duality of our lives and what we go through, Parker and I have a lot of things in common.
Going to college while juggling a job and saving the world, except for instead of saving the world I devote that part of my life to writing for blogs, my school paper and anyone else that ask me to write for them. The stuff that I relate with him the most is the personal stuff, how he thinks, his sense of humor and his attitude about life. I make bad jokes all the time, I worry about my friends and family, I struggle with the morality of doing the things I do and a bunch of other things that again, I won't go into too much detail. When I need inspiration, I look to comics and God for inspiration. I never really had a mentor or someone to talk to, but like Parker I was lucky to have people in my life influence me. Like him, I denied my responsibilities and indulged in selfish acts, but sooner or later things went back to the way they were. 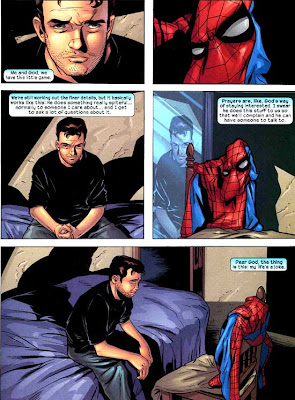 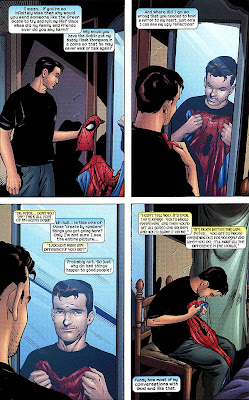 Another way I find inspiration and hope is through my fellow Dreamers who know what it's like. Dream Act Texas posted this and I just happen to read it on one of the "bad days."
1. Be responsible (To yourself, to your family, to your community, to our world)

2. Be respected, be respectful (Respect yourself, Demand that others respect you. Respect others.)

4. Be loyal (Stand alongside those who have the least)
To discipline your Revolutionary State of Mind:

6. Study (To study is a revolutionary duty)
7. Character over reputation (Character is who you are when no one else is looking. Reputation is who other people say you are)

10. Acknowledge the knowledge (Teach and be teachable)