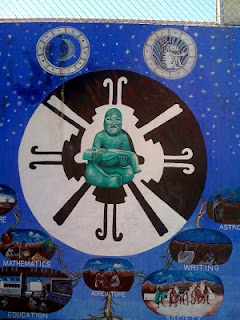 Last night here in Los Angelestitlan, Dream Team Los Angeles and the Orange County Dream Team organized a DREAM Act Town Hall discussion. And it was off the hook son, I tell ya what. You could cut the tension with a knife I tell ya. There were a few, "Ohh no you didn't just say what I think you just said?" and "ohhh snap" moments. There were also a few, "you're not my momma, you can't tell me what to do" moments that raised the temperature in the room, but all in the spirit of creating dialogue and discussion not only among ourselves within the DREAM Act movement, but within the community and individuals fighting the same fight on different levels. 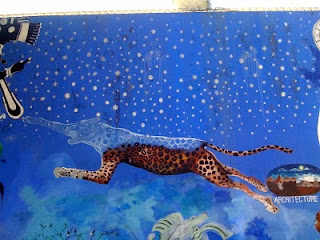 To give a quick recap about what I just mentioned above, DTLA and OCDT organized a DREAM Act Town Hall meeting to, again, create a dialogue and discussion about aspects of the DREAM Act that are questioned by community supporters. This included the military component, which is apposed by a large number of pro-immigrants rights activist and individuals because they don't want Latinos to continue to be funneled into military service and die in combat.

The response to this is that while many dream eligible students appose the military component, it is a matter of personal choice. No one has the right to tell anyone what to do, plain and simple. The DREAM Act isn't only a Latino issue, it's an immigrants rights issue. Where my Asian, Central American, Canadian, British and European folks at ? Lastly, we, as in DREAM Act peeps, would be the ones doing the work in letting kids know they have a choice and to make an informed one at that. There's nothing wrong with wanting to serve in the military of your adoptive home. It's what makes a person American.

We answered questions about how far we would push for the DREAM Act if it had enforcement measures attached to it, such as E-verify, more 287 G and SB 1070 mirror components of border enforcement. Our answer is that we are not dumb and we will not only not support a DREAM Act that would do more harm than good, but we would stop it. We are organized to at least put up a fight if things of that nature are attached to it.

We also addressed conversations about DREAM Act activist being selfish by larger immigrants rights orgs because Immigration Reform won't pass this year and we wanna pass the DREAM Act as a stand alone bill. Uhh well talked about all the civil disobedience actions going on and what that entails. We also took questions from people in the audience that facilitated more discussions that are needed so we can all work together and be on the same page. That was my favorite part.

To top it off, I was the MC for the night, introducing people and cracking jokes here and there. I'm just glad people got them and got a good laugh. So yeah, we did work and I am proud to be apart of a great collective and movement that makes things happens. What happens next is yet to be determined, trucha.
Writen by El Random Hero at 1:12 PM