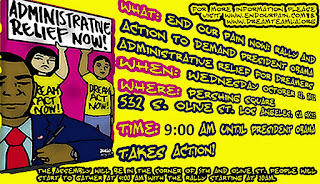 And be sure to sign the White House petition to demand Admin Relief: http://wh.gov/24v