What I Think About Immigration Reform 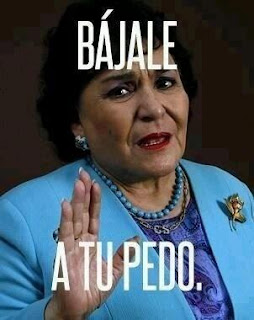 It was the aftermath that Deferred Action for Childhood Arrivals brought on that showed me what I already knew, but still needed to go through in order to fully grasp it. Along with compiling and submitting my application. The flood of questions individuals had about the application process about what paper work was required, would they be able to travel abroad, how much it was going to cost, what if they had a criminal record etc.

DACA reminded me of how things are outside of the organizing/social justice bubble. I’ve been in it for a few years now, and while it may only take a moment to dig up the feelings of the days before I was even aware of social justice, I see myself doing the same as others, just getting mine and not worrying about any else.

The different manifestations of barriers individuals face when applying became apparent. Whether it was language, meeting requirements, or even making sure you fit within the specific qualifications, it showed how desperate people can be when the opportunity to move forward presents itself.

Up until now, DACA has only helped a small fraction of the select population of immigrants it was targeting. And the conversations about immigration reform continue, I see the some process happening all over again, but on a bigger scale. But it really shouldn’t come as a surprise; after all, it’s all just part of the systems that are in place to control things. Cogs in the machine.

Millions will be left out for numerous reasons, and folks are going to be OK with that. If you can drown enough people in the river to walk over their bodies to safely cross, then all of their suffering will be justified right? Those that get left out will be used as martyrs that’ll be reduced to a measly hash tag for a campaign that only seeks to meet grant requirements for money that was accepted without hesitation from some corporation on a guilt trip.

Without hesitation, I have acknowledged this wretched truth. It acts as the compass for my decision making process when I find myself at a fork in the road. Because all I can do at the end of the day is share information with others. I can help them help themselves, guide them toward those that can better help them or just support them in their own journey in whatever shape or form that takes.

I can verbalize rhetoric about immigration reform that should include everyone in the US who doesn’t have a legal status like a drunker driver that’s asked to recite the alphabet, but I know that those aren’t going to be the reality of things. And I don’t stray away from those truths. I do hold them back when I’m working in movement groups because these thoughts aren’t welcomed there, but I never deny them.

And there’s a kind of sorrow to be acknowledged at the same time in me for deciding to see things in this frame rather than a more optimistic and hopeful one. None the less, I continue to stay in the spaces I’m in because like a cog in a watch, I help turn the long hand that helps turn the short hand that helps keep time on track.