Retiring the DREAMER Narrative and Identity 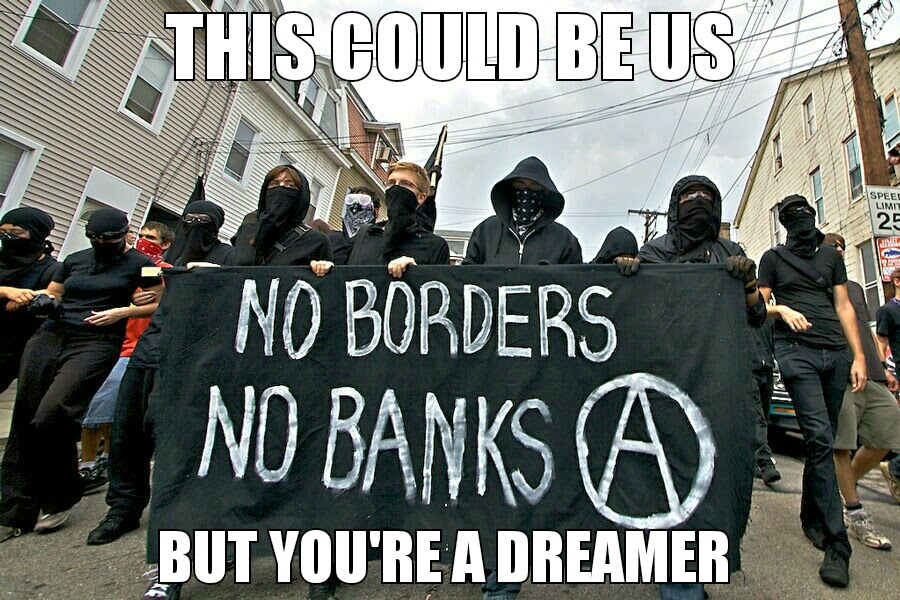 In the beginning, an individual would identify as a ‘DREAMER’ because they qualified for the legislative bill: Development, Relief and Education of Alien Minors aka The Dream Act. The bill was first introduced in 2001 and needless to say, both the bill and the movement it behind it have dramatically changed.

The other day, a reporter from the Associated Press gave me a call and asked me a few question in regards to a story they’re working on, why DREAMERS don’t want to identify as DREAMERS anymore. Ugh… this post is going to have the word DREAMERS everywhere, how 2009. Anyway, I gave him my two cents, which I’ll gladly share here in greater detail.

Needless to say that I’m not an actual authority on this subject, nor with any official title or conducting any kind of academic research. What I write is from a first hand account as someone who qualifies for the bill and semi-identified as a DREAMER at one point and has seen dynamics change over time. And of course I’m bound to leave stuff out, I can’t remember everything, so chill. And if that doesn’t satisfy you, then eyy yo, fuck off.

Firstly, I don’t want anyone calling me a DREAMER because I don’t call myself a DREAMER. Fact is I started moving away from that identity after 2010, when the fall out of the DREAM Act happened. Up until then, I went along with everyone else because at that time it made sense. I qualified for the bill; I worked with others to fight for its passage and the only other identity I had was that of being Mexican. At that time, I was only beginning to formulate my political identity in a shifting sea.

Speaking for myself, I was new to being politically active and being part of these spaces, so again,  I just went along. While I qualified for the bill, I never fully related to the stereotype of a DREAMER. I was far from being a 4.0 gpa or valedictorian and all that sweet jazz. And it goes without saying that I’m not hating on all those individuals that did fit that stereotype, that just wasn’t me.

Much like getting picked last for sports during school, I wasn’t ‘chosen’ to give speeches or really be in front of the camera until later on when opportunities presented themselves. Compared to others, I was pretty lack luster, and I was fine with that. My life couldn’t be tailored for TV or stories without omitting a fairly large portion that contradicted all those talking points. Course, there were always tensions on the issue of representation and the in-balance of ‘them; being over represented over ‘those.’ No need to mention names, yet.

I’m starting to rant, so lemme bring it back. My example is just a tid bit of countless other experiences and events that have culminated into this current state in which an old narrative has gotten outta control, so to speak, and needs to be reigned in. At the end of the day, identifying as a DREAMER means that you are not acknowledging the bigger picture within the immigrants right and social justice movement.

The Dream Act has and always will be about the select few: those that are educated, will serve in the military and will provide economic support to the country. The country relies on it being able to exploit, in numerous ways, those that are left out. The deal is pretty one sided in the long run, but when you grow up undocumented in this country, you take whatever you can get, be damned all those you have to trample on to get there. And while this DREAMER/being undocumented experience has some universal experiences to it, in no way am I trying to diminish the personal experiences of women, LGBTQ folks and other men.

But there is something to be said in that most of the folks I see, by which I mean social media, talking about getting rid of the DREAMER identity, are those who have had the privilege of being able to grow as an individual within the ‘movement’ who honestly want to see everyone get theirs, not just those of us that grew up here and qualify for some bill with a played out acronym.

From my understanding and seeing how things have played out, you have non-profit organizations and media continue to perpetuate the DREAMER stereotype, even though folks are actively trying to get outta that. I find this hilarious in the most profound and poetic way because the movement spent years drilling that shit into their heads, that now it’s biting the movement in the ass. That has something to do with it to. Too many details left unsaid for this post.

But what about all those other folks who haven’t been in the DREAMER movement or any kind of social justice movement for as long as others have been? I can relate to their experiences of finding out they are not alone in their tribulations. It’s the kind of feeling that can save your life. And I’m sure for them, calling themselves a DREAMER fairs better than ‘wet back’ or ‘illegal.’ Again, just pondering, not talking for anyone or trying to put words in mouths. Going to a United We Dream Congress helped me see this. Growing up undocumented in Los Angeles California is worlds away from growing up undocumented in the mid-west of the bat crazy south.

I am for the deconstruction of the DREAMER identity because I know different now than when I first became involved in the movement. However, I am not for taking away or trifling on anyone else’s ability to choose how to identify as an individual. More often than not, when I see threads or ‘conversations’ on the need to challenge and kill the DREAMER identity, it’s done in malice and hate. Two things I know greatly about.

I understand and relate to those feelings and notions, but there’s no need to hate. Rather than trying to destroy that DREAMER identity, why can’t folks just be cool with it? I mean, far more positive things came outta the DREAMER movement than negative. Friends were made, groups were formed, and actions were taken. I’m not advocating to keep using the DREAMER identity, but rather retiring it. A 1,000 words later and the point I should have made in the first sentence is buried in a bunch of rambling.

These are just growing pains, every movement has them. As individuals, collectives, movements etc. we are allowed to change and grow. It happens naturally and I prefer change to being stagnated. Having respectful conversations and challenging each other will encourage both individuals and spaces to keep moving forward. And it goes without saying that DREAMERS are not perfect. History looks back selectively at individuals and movements and DREAMERS will be no different. Maybe now folks will stop playing the John Lennon song “Imagine,” when they’re getting emotional and sappy. Cannot count how many times I had to BS my way through that song.