My affinity for comic books is something everyone knows about me. Specifically cause I've used the "Superman is an immigrant" analogy, along with a few others when talking about my experiences growing up undocumented. It's also one that has been beaten to death in the last couple of years by those who don't understand the history of the character, how it has changed over the decades, and why someone who is undocumented would gravitate toward that kind of mythology. I've written about this a few times here, here, and here. I've also been featured writing about that analogy here. This post isn't about a campaign, petition, or cause. It is purely comics based with a bit of social commentary and my thoughts on the new DC animated movie Justice League: Gods and Monsters. So unless you speak geek, feel free to check out cause I'm doing something I rarely get to do, which is to totally nerd out. 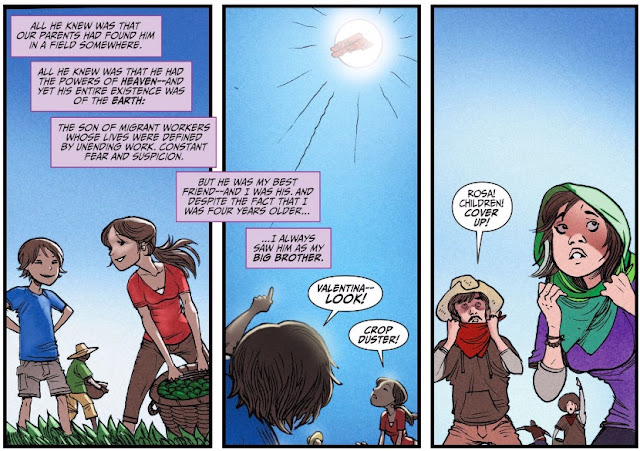 I was hella hyped to see the new movie for a bunch of different reasons. The most obvious ones were because it was being done by Bruce Tim and Alan Burnett, the due behind the Cartoon Network Justice League show and a few other animated movies. I grew up watching the 90s Batman cartoon, so I'm a huge Bruce fan. As more news started coming out on the movie and how it was going to be different and all this jazz, my excitement doubled when they revealed that for this alternative universe story, Superman was going to be raised by Mexican immigrants. I read that and I was finally they're doing this story. Alas, the movie disappointed in this aspect, which is understandable.

It's bogged down because it is an origin story with three different characters to establish in the span of an hour. The bulk of the story goes into the origins of Batman and Wonder Woman, but when it came to Superman, it was only mentioned in dialogue and not in flash backs like the other two. Aside from that, the movie was on point. Totally caught me off guard with the hyper violence and with seeing the big three act out of character, if you will. Loved the references and nods to alternate versions of other established heroes from the DC universe. So, since I didn't get my fix on the story I wanted, that of a Mexican Superman, I found and bought the prequel comics DC put out to go along with the movie.

In the movie, it is established that Superman's spaceship lands along the US/Mexico border versus a Kansas farm. That he grew up with a family of immigrants and that this new darker/ruthless version is not only a product of his genetics, but also his experience growing up Mexican and an outsider. The story is only three issues and it added the back story I didn't get to see in the movie. How Superman, who is voiced by the Benjamin Bratt, the best non-chicano to play chicano characters, grows up and how it shaped him as an individual. I liked the story and it works for the purposes of the movie and the larger universe they're trying to build since a sequel has already been announced. 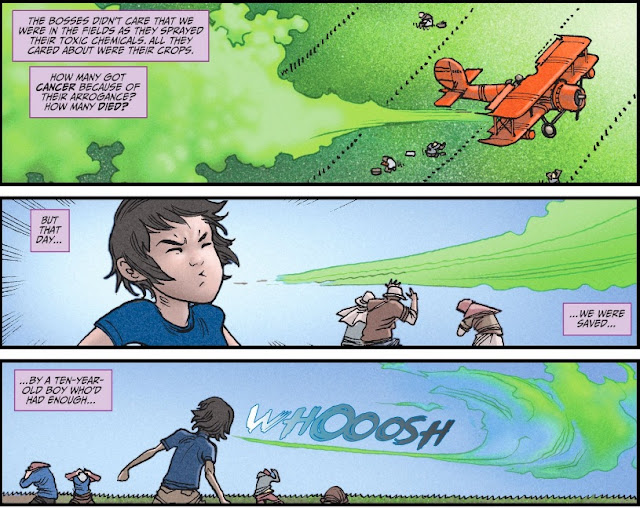 After mulling over the movie and the comics, I realized that I was expecting too much from a comic book company that is owned by a corporate studio whose sole purpose is to make money. In that aspect, they succeed cause I plopped down cash to be entertained. In that aspect, I got my monies worth, but there is still a tang of bitterness. I was expecting this project to follow suit with the Superman Red Son book that was done a few years back. I loved the Russian take on Superman and figured that's what this new project was going to produce, despite it being called Justice League.

Still, I haven't given up completely on the idea of DC poniéndose las pilas and actually putting out an else worlds story in which the idea of a Mexican Superman is explored. It's such an obvious move given the characters history and the current state of affairs of immigration in the US. However, you gotta understand that I wanna see a story like this because I know it'll be good, not for validation or some sort of societal acceptance via pop culture. Nah son, I have no trouble finding comic books that have done immigration in various aspects. Yet, I I'd be lying if I didn't say that if a book like that were to come out, it would have positive impacts here and there, much in the same way comics had their impact on me when I was a kid searching for an identity to form and latch on to.

It's fun to take these established heroes and properties and flip'em around. Imagine if DC put out a story in which Batman was a poor, working class black kid whose parents were murdered instead of the rich white kid. That's the kind of story that would start a bunch of conversations and lead back to the Blacklives Matter movement. Which is to say there isn't characters like that already. Take for example Luke Cage, whose super power is not only super strength, but also super tough skill that is bullet proof. That's his power as a black man, to be bullet proof. This is the stuff I trip out all the time because I follow a bunch of comic book intellectuals online and read their blog post on stuff like this. Looking at comic books through lenses of critical race theory and being critical of the lack of equal representation of people like me in comics and main stream media, but that's another conversation for another time. Still, I'll keep holding on to that Mexican Superman story, even if it means writing it myself. 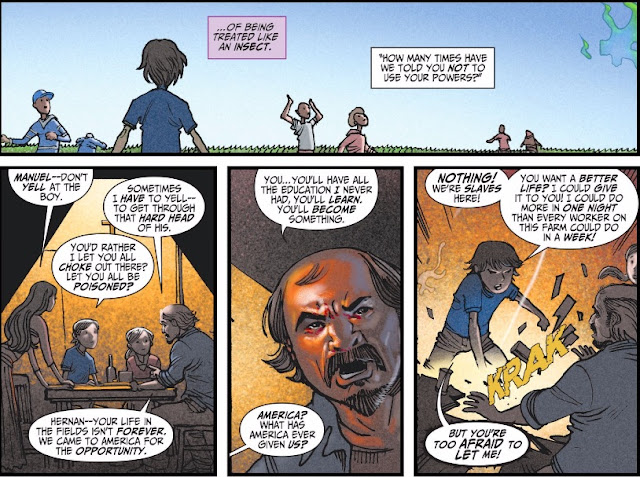