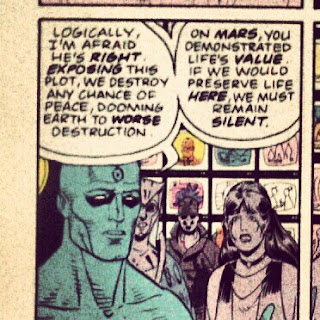 It would seem so now, more than ever, that lying to protect certain truths, ideals and movements has become the norm. Rather, I'm become aware of this more so, I'm pretty sure folks have been lying long before I came around. But it has to be done, right? This is something that I've been chewing on in my mind since the Obama deferred action announcement. But really, this has been something that I have been coming to terms with for quite sometime now.

And while I still don't have a complete or definite understanding of the why's and how's of things, I do understand that I have to keep my mouth shut. That is a path that I've needed to master in order to do what I do and know what I know. Nothing 007, rather petty stuff actually, but important enough for me to know because of the waters I traverse, which will determine which paths are available to me in the future.
I wanna say that I understand why lies have to be made into truths and why lies 'protect' everyone for the greater good, but I don't like it. I can read them from a mile away and spot them like nothing. Then it gets more intense when these lies are not only told as truths, but folks have built lives on them. I guess one of the best examples I can give is a personal one.

When I first started coming around the dream act movement, all I heard or saw was undoc students who were over achievers, in fancy, brand name schools and pitching some sob story about not being able to do middle class things because your immigration status kept you poor or in the working class. To my understanding, that's how it was all made out to be.

Those who 'knew better' or were 'fighting for us' created the archetype/stereotype of the dreamer because that's what needed to be presented to the public. That's what needed to be drilled into politicians and hostile Americans because it was for the greater good. And that's how I accepted it. I didn't fit the stereotype, so I stayed in the back, but then again I'm also an exception.

Point is, everyone just wants to paint a pretty picture about how things are, but will paint you another when it's behind closed doors. And as I see it more and more in the movement I'm investing my life in, it just makes me question people. For me, I would rather trust someone who tells me the straight up truth about doing what they're doing just so they can get theirs.

I know where they stand, I know what they want and anything else in between is either in the way or getting used to achieve their goal. Those folks I trust more over those who spit out game about trying to 'help', 'save' or 'educate' the 'community.' This may be the nihilist in me, but I never believe anyone when they say they are doing something to help others. Of course, I'm guilty of saying/lying, but it's all for the cameras and to stay friendly with everyone else.

But there are some folks out there who actually live the shit they talk, and those I admire and respect. But there are far too many who just spit out game, play their cards right and manipulate as they see fit. I see this and I have to keep my mouth shut. I can't talk about so and so being a wife beater. So and so being a hoe or so and so being a total idiot. Fact of the matter is, it just starts turning into gossip and hatin'.

It's a razor thin line that'll cut you in you don't walk down the right pat, trust me I know. But I don't believe or have faith in anyone being altruistic. We all do what we do because something in us took us in that direction. Eventually, all rivers lead to the ocean. Whether you do what you do to feel better about yourself because you helped someone or because you just wanna make bank, there's always a selfish reason somewhere in there. A kind of self preservation really. And it's totally cool, just don't fucking lie about it and call it something it's not.
Writen by El Random Hero at 2:19 AM