When belonging is a double edge sword 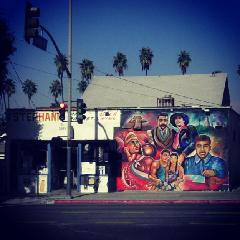 Ironic to think that for the longest time, I longed to belong to something. Primarily, I searched and craved to find and connect with other folks who are in the same boat as me. Being undocumented, growing up in the US for the majority of our formative years and understanding the struggles our status entails. For years it seemed like I was alone and no one could relate to these experiences.

However, when I did find others like me. When I read stories about them in newspapers, saw videos and saw that there was a movement of undocumented individuals coming together and connecting to help each other out, I didn't hesitate to throw myself in the mix and become involved in whatever capacity I had. I didn't question, critically think and analyze anything. I just wanted to belong to something and connect with my peers because I didn't want to feel alone anymore.

It's only now after putting my time in the trenches, seeing folks come and go and knowing the history of how the movement grew here in Southern California that I had a change of heart. Now adays, I find myself trying to detach and disconnect myself from the very movement that help me be the person that I am now. Back in the day, I never questioned anyone or anything because I was new to everything.

I didn't have any experience organizing, conducting meetings, creating strategy or any of the stuff I'm able to do now. No, back in the day I accepted everything that came my way and if you were against that, then you were against us, the movement. I think about those days and I shake my head at how things went down, how things worked and how everything was just jumbled together. We were all just a bunch of college students trying to figure out things on top of trying to balance our lives.

But that's just part of growing up and maturing. I've only been around the movement for around six years give or take. I'm old enough to be part of the first generation of "dreamers" and to witness some of the defining moments that have lead the movement to where it is now, not only in Southern Cali, but all over the US. I'm from that first batch of folks that paved the way for thousands of others to follow behind us in all sorts of shapes and forms.

It's only now that I am a little older and have reflected on my past that I realize that I gave up too much of my own voice and identity when I first became involved with the movement. I was so quick to let others guide me because I was insecure about what I was doing. I let others speak for me because I wasn't confident about own life. I let everyone else decide what was best for me because I didn't have enough confidence in myself and what I was doing to push and back different.

That to me is the biggest joke. That for so long in my life, I longed to be part of something greater and to connect with others on a deeper level because of my undocumented status. Now that I have made those connections and I know that I am not alone, I want nothing more than to get away from it and from everyone that still carries on that legacy of putting on a show for the media to garner sympathy for support. Still, I'm glad I had the experiences I've had and the folks I have met because if it wasn't for any of that stuff, I never would have found the kind of confidence and self assurance I have today.