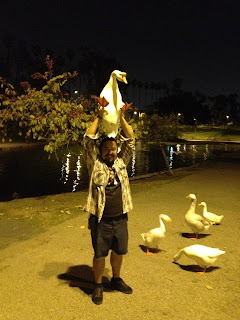 As cliché and unoriginal as they are, I enjoy these born day post. It’s typical to reflect at this point in time because it’s one of those life events in which an emphasis is placed on the passage of it, much like new years. Thoughts of what has gone on since this day was last acknowledged flood my mind, body and soul.

If I’m to look back on the year that I am going to be celebrating on July 22, I can look back with no regrets. Getting older was something I never gave thought to back in the day. My concerns were on just trying to make it to the next. But alas, this has been a blessed year. I’ve had the privilege of sharing it with beautiful friends who’ve I’ve shared a laugh, meal and beer with.

It’s through them that not only I’m still here, but flourishing. With DACA kicking in, getting my own apartment, having stability… I can’t complain about anything. I dated here and there, but past lessons have helped me keep clear of unhealthy relationships that I would have other wise found myself involved in. Shit, pondering about it just know… this is the most selfish I’ve been. Ever.
Lot of that has to do with the fact that I’m in a place in which I can live happily with me, myself and I. No longer is there this insecure need to be dating someone or to be actively looking, you know? I’ve been happy enjoying the company of my friends and myself instead. I know that I’m in a privileged position, for I have no one to look after but myself. Truly, a situation that is uncharted in my journey.

I explicitly remember when I made the connection too, I was at home, sitting on my couch in my underwear, eating fried chicken and watching point break. For a brief moment, I looked around me and proclaimed, “life is good right now.” I’m thankful the universe has thrown some good fortune my way as of late, because it’s helping me build toward the future. That way I don’t have to rely on karmic scraps just to get by again.

I’ll be 29 years old in a few days. I came to the US when I was 7. I’ve spent 22 years being undocumented. I’ve only been DACAmented a few weeks. Friends and family are making their way toward the family path, getting married and having babies. I can’t avoid pondering and entertaining the idea of babies and marriage, but I’m so far removed from there that it is merely a fleeting moment.

I don’t feel any kind of social pressure to find someone and start settling down in any shape or form. I have no dramatic plans to go on a cross-country road trip or to travel the world. At the end of the day, I just wanna do whatever the hell I want, when I want, with however is spirited enough to accompany me. It’s as simple as that.

I’m sure that by the time I get to 30 things will be different and I might be married for all I know. But that’s where the fun lies, in the mystery of not knowing what the future will bring. As an individual, all I can do is put myself in a state of mind that will be open to whatever may come once I get out the front door. Whether it be finding love, death or just going through the motions of another mundane day. It’s all outta my hands. That is to say that I don’t give any thought into the future, it’s just not a top priority.

Things are good right now. For me that’s rare. I wanna enjoy it a while longer before trivial everyday commitments drown out and over power the freedom I’m experiencing right now. I can see character testing trials in the works already, and I’ll deal with them when the time is right. For now, I just wanna continue sitting in my underwear, eating a burrito and watching Regular Show. Hmmp … Hmmp … Hmmp …