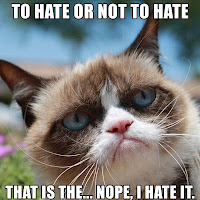 Over the years, I’ve met folks in the social justice movement who are complete tools and those who are entirely genuine and altruistic  In the beginning of it all for me, there was a simple notion that lead to me being politically involved, to help others the way I wasn’t. You see, by the time I was in high school, I had no motivation to do anything with the opportunities I had. I chose to focus more on what I couldn't do than what I could do.

My initial motivation for wanting to be part of a social justice movement was to help others with information. To share it with those that wanted and needed it. I lost track of how many workshops I’ve done in which I’ve explained how laws work in California to help undocumented high school and college students pay in-state tuition, where to look for private scholarships, look for resources and connecting with other student groups.


I was always the first to volunteer to do these kinds of workshops and I loved the feeling I got every time I saw someone realize that higher education was within their grasp because it was something tangible. I could see a change in others once I shared with them. Over time, things changed, but I still kept doing these information workshops with anyone that would ask for them.

In retrospect, my initial reasons for wanting to organize and be part of the “movement” were to have a place I can belong. For far too long, I let teenage-angst and immaturity get the better of me. I wanted what I never had in high school and in some ways I did end up finding it. Going to meetings and organizing events weren’t things I dreaded, they were things I looked forward to.

Somewhere along all of that things changed for the worst. I don’t believe in the movement the way I did when I first became involved. The realities of how things work, the kinds of relationships that are formed through these circles, the unbalance in how things are told and portrayed, the direct profiting off those struggling have soured my experiences on many levels.

I don’t have the same commitment or passion as when I first started. It’s my own fault that this is the way things have turned out. For far too long, I romanticized the organizing work I participated in. While I’ve grown over the years and have picked up valuable skills, I find myself loathing the work I once looked forward to. Circumstances in my life have changed.

When I first started going to meetings and events, I found them to be an outlet. I worked a shitty job and organizing marches, rallies and events was what I looked forward to on the days I wasn’t at school or work. It stayed like that for a good while because there was always something to campaign for. Whether it was something national, state or in the city, I was always there to support in whatever way I could, doing whatever needed to be done.

I’ve met numerous individuals through these spaces. Some I liked and some I didn’t. We all learned from each other, flying by the seat of our pants and pulling things together in the end. It was in these spaces that I finally felt like I was where I belonged. I was doing work that was beyond myself and helping others. It felt good knowing I made a difference in whatever shape or form it came out as.

The pessimism that plagues me is difficult to pin down. It not one single issue rather, the over all fragility that is created in organizing spaces. More than anything, I wanna say that I’ve been part of the same spaces for far too long. Things have become stagnant and unfruitful for far too long. While I should be taking an active role in helping develop others now that I've been around the block, my heart isn't in it. To be doing that kind of work would be lying to people.

Nowadays I just tend to sit in the back and make snarky comments. I make memes that critic news and actions that are circulating in the movement circles. And folks have gotten the hint that I'm not longer the same person I was. The fact that I don't go to meetings or actions is proof enough. Sure, I hide behind the excuse of being employed now, but I honestly don't wanna do anything right now. I just wanna kick it at home in my underwear, eat fried chicken and watch movies.