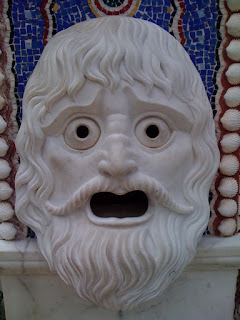 Growing up and seeing all the STUPID and IGNORANT things my father did because of his beer drinking, I never wanted to drink beer because I didn't want to become him. I still have vivid memories of him playing loud music at two in the morning, talking all sorts of nonsense with whoever he was drinking with at the time, buying food and spending money like it was nothing. The worst memories that part of me wish I could forget are those of the times he would get drunk and start fighting with my mom'z and beat on her. Him throwing up in the middle of the night and getting it all over the place, my mom having to clean it up. When he wouldn't be able to find or get to a bathroom and pee himself. When he would drive drunk because there was no one else who could drive us home. Those are the kinds of experiences I had growing up that made me decide that I never wanted to touch beer.

I also took genetics into consideration because even though I can't prove my theory, alcoholism is genetic and me being my fathers son, I believe I am more predispositioned to become a boose hound and loose my head like he use. At one point I thought that because of this history, if I drank I would awaken a beast that would ruin my life. Turns out I'm only half right. Since I've been unemployed now for the two weeks, I've been having more fun than I've ever had. Since I finished school for the semester and have no job, I started volunteering at a local non-profit org where I live helping the org by doing what ever needs doing. Filing, cleaning, organizing that kind of stuff that isn't critical, but needs to be done.

I'm there from 11 a.m. to round 5-6 p.m. Tuesday through Friday. This is something that I was planning on doing whether I still had a job or not. I love being there and I love that I'm playing a part in helping the org continue to grow and host it's events. Aside from that, with all the free time I had I been having fun with friends. In the span of two weeks, I've been going around town more and going to more events. In the last two weeks, I've been saying "see ya later" to friends going away for the summer, catching up with new ones, going to museums, eating at restaurants that I've been meaning to go to, checking out new spaces, playing at arcades a lot, and drinking.

Thursday was madness because the Lakers and Mexico won, so yeah. I could careless about that, but madness engulfed the city. Anywho, I met up with some friends because we were going to go to some free event, we got there too late so we decided to hit up Eastside luv. Had a beer and talked for a bit. Went next door to a Mexican bar and I had two modelos and a tecate. Then we ended up going to an am pm to buy an 18 pack of tecate. We ended up at another bar where we met up with more friends and I had another beer. I ate earlier in the day around 6 p.m. and we were drinking around 11 p.m. so needless to say that with an empty stomach and a lot of beer things didn't turn out so great. It was hella fun though, until I got home and puked because the room wouldn't stop spinning.

Point is I realized something. Over the last two years or so, I began drinking a little here and there. Nothing like what I did Thursday, just a beer or two here and there. I realized that even though I may be predispositioned to somethings because of what I saw in my dad, I'm not him. I know how to take responsibility for my actions and not act a fool. I can remember everything that's going on and I'm aware of where I am and who I'm with. I am in control. So to me, it's bull crap when people over do it to forget some problem in their life. I do it because it's fun and I got nothing to do the next day. That being said, even after I puked and drank Thursday, I was at another party yesterday and lost at beer pong and drank two nights in a row.

So as to not continue on rambling, I've realized that I can control myself and what I do. I am my fathers son, but I am nothing like him when it comes to how we control ourselves and how we act when drinking. I don't use alcohol as an escape, I see it as a way to get me to dance without being self conscious, but really, I just love having a good time with friends in the right settings. We've had some good times within the last month getting buzzed and some funny stories and great memories have been made. I know that I won't become a boose hound and loose myself like my father did. I know better, and I live it. Cheers/salud.
Writen by El Random Hero at 1:57 PM