US vs THEM vs THEY vs THOSE 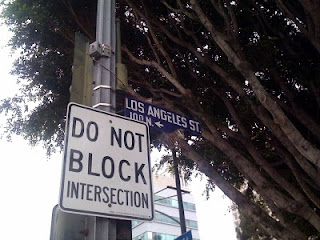 There seems to be some differences in the over all movement for immigrants rights. It basically comes down to individuals fighting for the passage of the DREAM Act as a stand alone bill and everyone else. Now, when I write everyone else, I mean all the major orgs that make their money organizing people to fight for immigration reform. Everything is reaching a boiling point and both sides are fighting with each other, playing some sort of blame game that isn't getting anything done. RIFA and other orgs are taking in money because they say they support the DREAM Act, which they do but almost only in name really. They haven't done anything or supported any of the actions and movement to get it as a stand alone bill.

I'm not an expert and I may be missing information, but the way I see things, all these orgs that organize need money to stay afloat. Like any other business, they will do what they need to survive and stay afloat. Their business just happens to be organizing. I'm not hating on organizers, on the contrary they do work that is needed, but watching all the squabbling back and forth, I see how things really are. I stand will my brothers and sisters fighting for the DREAM Act and immigration reform, as we all do. But that's not good enough for the "shot callers." They want it all or nothing, which is stupid. You gotta learn to crawl before you walk.

That's what the DREAM Act is, down payment for over immigration reform that is humane and not just criminalizing the border and states. It's bad enough we all gotta fight off all the anti-immigrant people and at times, people from within our own communities, but now our allies ? This is not going to get us anywhere. These big orgs have too much at stake and can't and WON'T admit that students organizing without any financial support or resources accomplished more than they did, receiving millions of dollars in donations.

If the y got behind us and helped us, we would all return the favor. There's no doubt in my mind that the majority of individuals fighting for the DREAM Act will turn their back on their communities. Hell, some of us are already organizers and doing work, we just need to be legal residents to make even more impacts. But not, all these orgs remind me of some stubborn old man who doesn't want to admit they're wrong. So they'll take the whole sinking ship with them.
Writen by El Random Hero at 5:55 PM