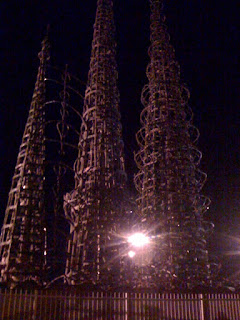 A bit of explaining first. Three months ago I started organizing a bike ride called "Spokes & Words." Riding once a month to different parts of Los Angeles from East L.A. we share the road and words at various locations while having fun riding as a group. This week the group took a ride to South Central, specifically to the Watts Towers. Pretty ironic considering my last post was about how i hate South Central and here I am organizing a bike ride back there because bike groups don't ride to SC. In fact, anyone with common sense doesn't go into SC unless they have to. Why ? Because of the same stereo types that movies, music and people make about the hood. Some of it is true and the rest exagirated, but like I said, if you've live there then you know what's up and if you don't, then you'll just keep on being scared of ever gong there. 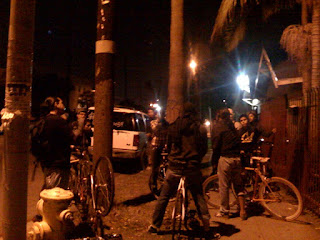 During the ride, we had to stop to fix someones tire after they hit a pot hole. Ironically enough, that was a spot where Joe had a story to tell about that corner. He shared something earlier as well about living in the neighborhood during the riots and seeing tanks go down the street. He still lives there and we're always sharing stories about our experiences living there. 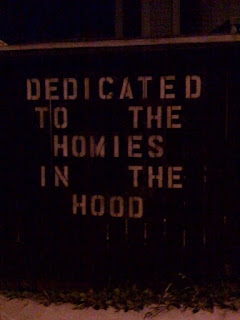 Without a doubt, some of the other riders had their reservations about riding into SC. We all know stories and know what happens, however I don't think anyone knew what was going to happen once we got there. We ended up connecting with an OG whose been there for more than 30 yrs and neighborhood kids, riding their bikes and playing ball. We ended up sharing stories with Anthony about living in SC, the changes that have been going on and those askewed perceptions of life there. He thanked the group for riding to the towers, sharing a drink, stories and connecting with the kids, who were riding around on bikes, playing it up without a care in the world. 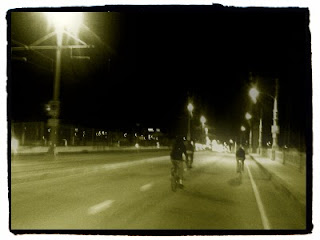 We all left back home with a sense of disbelief and amazement for what happened that night. Through our ride, we connected and shared in something that isn't an everyday occurrence. We left knowing each others names, wishing each other a good night and a safe ride back home. Something that I'm sad to say rarely occurs these days.
Writen by El Random Hero at 4:39 PM