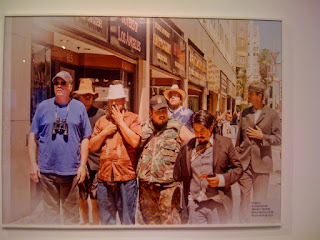 I was talking to a friend and I started reminiscing about my childhood in Mexico. Days of future past as I refer to them. In particular, the time I spent at my great grandmothers ranch. I don't know where it is, in what pueblo or region. I just know that we took a bus to get La Huacana, my uncle would pick us up in his cab and we'd be there in no time. I remember care free days of walking to milk a cow. Catching chickens to eat. Fresh tortillas made by hand on a clay furnace. Hills, dirt roads and loving faces for miles.

Part of me romanticizes these memories because they belong to a seven year old child. A child who knows nothing of social identity, retaining his native language, the concept of one group of people being better than another or of what it means to be a Mexican. Those three months were the best I ever had. I woke up with the sun and went to sleep with moon. Adventure was the daily ritual, wondering around the pueblo, swimming in the arroyo as my mom washed clothes on rocks up stream. Chasing pigs around the house and causing mischief every where I went.

It's ironic that I got a taste of eden before being cast out from it. Living in purgatory. Killing myself to live. Being undocumented through no fault or choice of my own. That pueblo that is in my mind and heart is no longer there. The warehouse with filled with corn as far as I could see is gone. The arroyo is dried up. The family and friends I had there are gone as well. All I have left are memories of days of future past. If I had a Mexico to go back to, I would, but the U.S. made it so that I can't. I can't return to what isn't there anymore, not to a memory.
Writen by El Random Hero at 10:37 PM