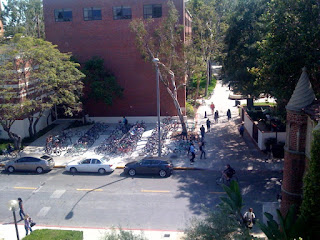 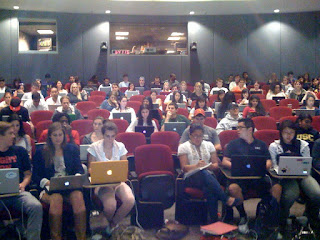 The second discussion was the following week and again for a class at USC, but this was a media class. In this discussion I was joined by a jornalero and the director of IDEPSCA for the discussion on how media portrays immigration. It was pretty fun because it was talk show style so I had a mike and had students chuckling here and there with my smart ass comments and anecdotes. USC is always an interesting campus because of the bubble it has around itself, as seen per all the students having macs in class. 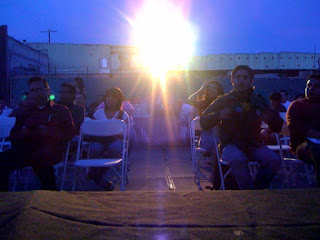 That same week I was part of a discussion that revolved around the use of arts, media and visuals within the DREAM movement. I was joined by peeps who like me, use social media to put their work out there whether it's visual, spoken or video works. The over all discussion was again pretty formal and was dictated by an audience that wasn't familiar with DREAM, which is perfect. They show cased videos that had a dream act theme to them and one of them was "yo soy el army," whici talks about the Dream Act being used as a back door draft for folks within the undoc community. The films producer was there and he put his agenda out there the entire night every chance he got. In the end, I let his actions and words speak for themselves, he can do his thing and we'll do ours. All the Dream folks at the event ended the night by getting together over some beers and signing karaoke till the place closed down. 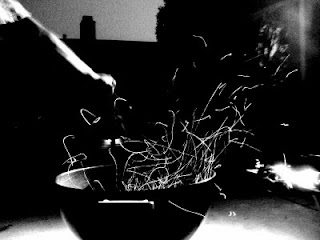 May Day was the next day and it was hella hot. All the Dreamers got together as we always do and made our voices heard during the march. It was amazing to see first timers yell from the top of their lungs and jump up and down. May Day is just another Tuesday for me, but I'm still there cause it's moments like these that draw everyone closer. Afterward, I went to a BBQ and kicked back with some mixed drinks and great company. Everyone was sharing their stories from earlier in the day and a few from years past. Good times. 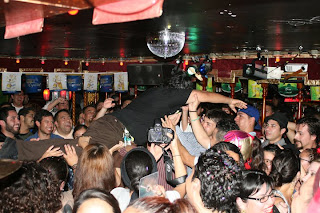 While this has nothing to do with anything, I figured it's till worth mentioning cause I had soooooo much fun at La Cita the night before I had two presentations. You work hard and you play hard. Yup, that's me crowd surfing. Good times. 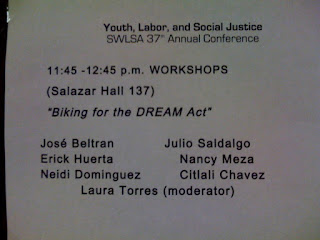 So, the next day I wasn't alone in making my presentation as you can see. We all talked about the L.A. to O.C. Dream ride, the connections we made between different communities and groups to make the ride happen. We talked about DREAM, why we did a bike ride and other stuff like that. We ate chinese food from the hood after the discussion. 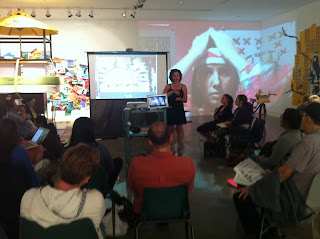 Later that day I was at Santa Monica College doing another bike ride presentation with an angle on art and activism. Photo taken by Fe Montes as I forgot to take a pic when I was there. It was a pretty intimate discussion and being surrounded by art made it a little surreal as well. Good talk none the less. I followed it up by doing a 15 mile bike ride back home and grabbing a burrito from king taco. It was a hectic three weeks, but I wouldn't have it any other way.