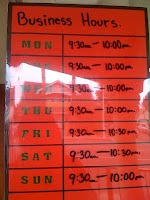 As of late, my mind has been preoccupied with all sorts of matters, but that's nothing out of the usual really. No, my thoughts tend to stray into things that needn't be. A sort of questioning of where things are, can or will be going in terms of the undocumented student movement. There's more to this movement than the Federal Dream Act and that in a sorts is confusing and refreshing.

For me, all of my experience being an activist, organizer and being politically conscious has been through and with the Dream Act movement. It's only been in the last two years that I have been growing and seeing the threads that connect everyone together in all their different shapes and forms. But, it's with the Dream movement that comes feelings of possession, not ownership.

Feelings that are reminiscent of a five year old who doesn't wanna share his toys, a teenager who doesn't wanna ask for help of that of a 27 year old who thinks his way is the best, and anyone else doing other wise is wrong and can't compare. That last one was all me btw, thus in reflecting and taking a step back and breathing, I have move forward.

There's no point in spending my energy and time in being mad, upset or just annoyed with other things going in Los Angeles, CA or the US. To put it bluntly, this movement is big enough that no one will ever have total control of where it is going, who is doing and what will be shared. That kind of control is more of a dictatorship really. So, while it takes a conscious effort, I just pay no mind to work being done by people who I have little faith in. I remember being like that once myself and in I learned better. So, it's easier to just handle your scandal and only worry about those in your circles, rather than what isn't.
Writen by El Random Hero at 11:42 PM