Media and the use of the word 'illegal' 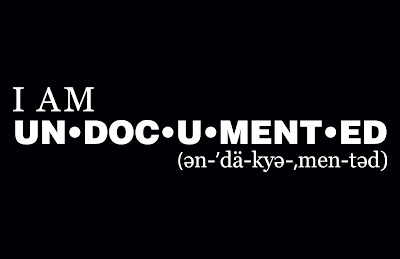 As a journalism student, I've always called bullshit on reporters using the word 'illegal immigrant' when referring to someone whose undocumented. I know first hand how things work and I know that there is a choice. Writers, editors, reports everyone has an option of choosing illegal, undocumented or even unauthorized when doing their stories. Using illegal just because the Associated Press says it's a neutral word, which it's not by the way, is just another cop out.

Straight out, the word illegal, like other derogatory words in history, is just that, a fucking put down created to polarize the issue of immigration, make it seem like an evil thing and to get the country to hate on immigrants. Don't believe me? Think it's a conspiracy theory? Read this and then tell me other wise. And it's worked perfectly. All of the media uses illegal and even folks who are undocumented identify with that word.

For me, more than anything, changing a word won't do much because folks will still find another way to convey their hate. Whether it be through a specific word, gesture or idea. That shit is never going to stop because no one can ever truly be neutral or objective, as reporters claim to be. Folks will always take sides on things. To that end, I'd just rather ignore them versus argue endlessly with them.
Writen by El Random Hero at 12:46 AM