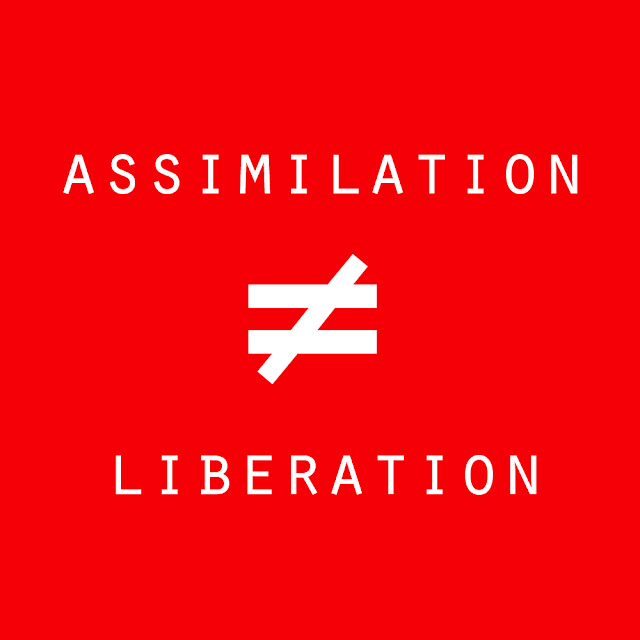 At one point in my life you may have heard me say that I want to be an American. And at that time, I meant it. But as with anything else, time changes things and I no longer desire to be American. There are several layers to that statement, but it basically comes down to assimilation doesn’t equal liberation.

English is technically my second language and the only reason I’ve adapted to the US is because I’ve spent the majority of my life here. The culmination of my time here has guided me to the kind of understanding I have today, that at the end of the day, all want is to be a citizen of the US, but I will never call myself an American.

I’ve invested in this countries system just as much as it has in me, and to not attain citizenship would be like giving up on everything I’ve gone through and worked for. It’s the principal of the whole thing. It’s principalities in this.

But at the same time, I don’t go around preaching ideologies about how this land use to be Aztlan and that we need to take it back from the white man and all this and that. Nah uh, I know that native Americans had their land stolen just as others were taken form theirs and forced to be slaves here.

There’s no denying that history and seeing how it still continues to this day, there’s no way I’ll ever be proud to call this country home. I may have been born in Mexico, but I was never Mexican just as I was never American. The ambiguity of living in-between spaces has helped me come to terms with a lot of things and continue to move forward.

And more than anything, seeing individuals and non-profit organizations continuing to sell the idea of how immigrants here in the US want nothing more than to be flag saluting, tax paying, beer drinking Americans because they’ve assimilated and live out the rest of theirs lives without worry. And there’s nothing wrong with that, just don’t go making it seem like that’s what everyone wants.

But unfortunately, I’m part of the system that helps perpetuate all these notions and ideas I loathe, but it’s not my choice to make. My responsibilities are to myself and no one else. But that’s one of the issues when working in collective movements, knowing how to respect others views. But that doesn’t mean I should be quite either.

I guess more than anything, it just gets to me that I see this happening while others don't. Then I just look like a nut because I say all these things that go against the grain, pero that's cool you know. Learning a new level of independence has helped put things into perspective and to help me stay on the path I need to stay on. Leaving others behind isn't a problem to me, because those who mind don’t matter and those who matter don’t mind.
Writen by El Random Hero at 10:12 PM