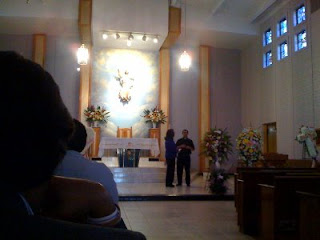 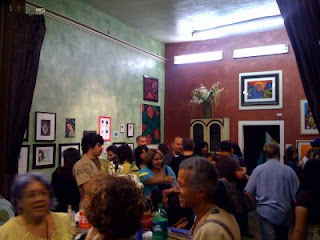 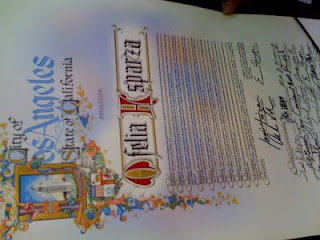 I have never felt the loss of a loved one. In my entire life I haven't lost any close to me that I can think of. Even if I have I still wouldn't know how to feel. What to say or what to do. So being at a funeral today for extended family was my first time ever going to one. I didn't think I would turn on the water works, but I did. Thinking about what little time I spent with her and what that meant to her.

Often times we would be sitting in front of her house, talking and catching up. She would tell me stories about her kids and their lives growing up. Everything she built, she built with her hands. She learned to make tortillas from her mom and she took that and turned it into a business. With taut she built her own home, bought propery and prospered when East LA was nothing but dirt roads.

I had tremendous respect for her because she was a true self made woman. She didn't care what her husband or anyone else said, specially when her kids were teased for being tortilleros. Hahahah she would tell them to be proud that thier tortilleros because they work for everything they have. Everything she did, she built with her hands and dedication. I admired that the most about her.

The same can be said for Ofelia Esparsa. Google her name and you'll know who she is. She raised nine kids while being a teacher and getting her teaching degree all at the sametime. Her artistic influence has been felt in East LA since the chicano movement back in the late 60's and early 70's.

She's know for her Dia de los Muertos alters and her work with Self Help Graphics. However, tonight she had her own solo exhibition and showed a side not many get to see. To see her paintings and sketches was a rare treat, even though she's been doing it all her life. Her children and grandchildren are just as talented and their keeping with tradition.

Both of these woman helped built East LA yet they never met. One is know by a whole city yet the other was just as influential but know within her family. Both established tremendous lives and raised kids that are giving back to the community. Their influence will never be forgotten because I won't forget them. Even though I may not have experienced loss, I know that death is only the begining.
~ con safos ~