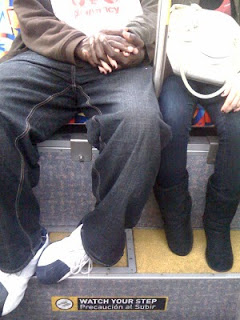 63 years ago today,  five fathers in Orange County won the final ruling on their case that was fighting the segregation of Mexican and Mexican-American students from attending segregated schools. It was ruled that attending segregated schools was unconstitutional and violated the 14th amendment. Mendez v. Westminster was the landmark ruling that set the stage for Brown v. the Board of Education, which ended segregation in schools. In 1994, Proposition 187, police code for murder, was introduced in California and passed, but was later deemed, again, unconstitutional by the courts. But some how here we are again as Arizona passed Senate Bill 1070, "which makes it a misdemeanor to lack proper immigration paperwork in Arizona. It also requires police officers, if they form a "reasonable suspicion" that someone is an illegal immigrant, to determine the person's immigration status." Taken form an L.A. Times article.

Arizona is ground zero for the current immigration debate going on in our country right now. When states pass bills like this, it only shows how badly immigration reform is needed, but the hate and xenophobia hidden between the lines by others. This proof of that. People are angry and full of rage for problems happening to them and those around them. It's not their fault because they're hard working Americans who pay taxes and follow the laws, grill hot dogs on fourth of July and eat apple pie right ? So the problem must rest with those who don't "belong here" right ? Those who immigrated illegally to the country that through NAFTA, made it impossible for them to make a living in their home country. To work in factories that exploit them and their families as they die trying to get across the border only to continue to be exploited in the U.S. as well by people who use laws to scare them and keep them in check, abusing them because they know they won't speak up out of fear.

Blaming immigrants on current social problems has been a tradition of the U.S. for centuries and this is the current state of it. 63 years later and laws are still created because if you get rid of immigrants, the countries problems will be solved. 63 years later and despite all the growth and change the U.S. has made, there are still parts of this beautiful country and people who choose to have a narrow, I'm right, you're wrong, point of view. Segregation never solved any problems, it only makes things worse. "This bill, whether we intend it or not, terrorizes the people we profit from," said Rep. Tom Chabin
Writen by El Random Hero at 4:23 PM