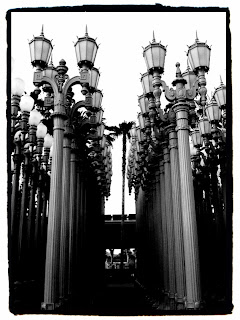 Sitting here at work, I begin to think to myself on how I introduce myself to others when I tell that I'm in undoc or whenever I'm Sharing my story. My name is ... And I'm undoc or my name is ... I'm ... student and I'm undoc. It's funny to ponder on this because I never give any thought. It just comes out one way or the other depending on the situation and who and how I'm introducing myself to them. It says more than the words one utters. Do you identify as being undoc first or as a person, a student studying a specific field who just happens to be undoc. It's almost like it's ingrained.

To better explain it, I'll use comic characters to explain this. Much like everything else in my life, I use comics to make sense of my life. With superheroes there are types, those who are born with their abilities such as the x men, superman, wonder woman etc. and then there are those who happen to have abilities that are circumstantial. Spiderman, fantastic four, green lantern, the flash etc. That's how undoc students are divided into more or less. Those who have known all their lives and those who have found out later on in their lives. But it's interesting to note that like the x men, who's powers don't manifest until puberty, that's around the same age most kids find out they're undoc.

There are multiple variations on this of course, but those are the two biggest ones. I've known all my life and grew up this way, so I fall under the first category and I've met others like that. Yet, when I meet those who only found out later on in their lives, I notice how dramatically things differ. Personally speaking, I grew up in fear, in hiding, never wanting to stand out because drawing attention to myself would only mean that I would have to reveal my status. So, it's safe to say that because of the fear and being aware of my situation, I became an under achiever for the sake of my own well being and hiding from the world. This is where all that hate on immigrants comes in, breaks your spirit and mentally oppresses you into believing that you are nothing, you have no rights and there for should not seek out knowledge or an education.

At the same time though, those who found out later do stand out and are those who excelled in school because they didn't know. Generally speaking, these are student that you hear about the most in terms of they're over achievers, class valedictorians, presidents of the student council, got into school x,y,z etc. These are students that continue to excel once accepted into college and have a much more easier time, I think fitting in and blending because they've never know of the fear and depression that comes from knowing for longer periods of time, rather than just a few years. I also think that these students are able to get passed the emotional hurdles faster than students who've know all their lives because they've worked hard for what they have accomplished and therefore don't want to lose the invested time and effort. It's my understanding that they see less obstacles in front of them as someone who grew up undoc, like me, does.

Our parents also factor into this because of the actions they would take. Personally, my parents worried more about making ends meat than me excelling at school. From talking to others from the other situation, their parents thrusted them into succeeding at school, no matter what the cost, which came at their hard work. Basically it comes down to two categories, your parents told you you were undoc and everything that comes with it or they lied to you, pushed you to excel at school and then tell you until it was impossible to avoid anymore. It's like, do you tell your kid the truth and place a mountain of grief and fear on their shoulders or lie to them and try to keep that mountain off them for as long as possible ? There are also multiple categories here as well because no family is clear cut like that. Translating, environment, family roles, gender, income level and other factors add to all the unique situations that one can have growing up. Even the kind of job parents have play a huge role in this. My parents had jobs in which I was required to help out, leaving me with no social life. Others had parents who worked and left them at home, school or with family or friend, letting them have some social life.

These are just some of my observations from talking to other people, hearing their stories and learning more and more about what being undoc means to them, to me, within the movement and how we interact with others when we share our stories. It's a whole nother coin when we start talking about telling other people who are citizens, formerly undoc or going through the process. You can't understand it unless you've gone through it, plain and simple. There is no other experience that can relate as to how an individual feels and thinks when they are undoc. Depending on your race and environment, you will find common ground, but it only goes so far. Living in fear of the police and of the migra are two similar, but separate experiences. This is one of the biggest topics in the undoc community that isn't being talked about. Identity is an integral part of anyone's being, that if it's not in place properly, like a faulty foundation, it's going to come down into pieces.
Writen by El Random Hero at 11:11 PM