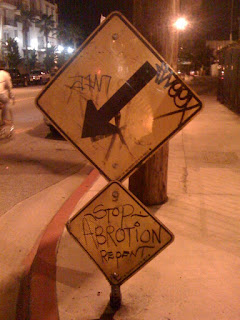 I remember reading a Buddhist teaching/saying that goes along the route of, if you can't be happy with the current life you have. If you feel that you need something or one to make it all better, that theey will bring you the happiness and content you seek, then when you do have what you are longing for, chances are you will still be unhappy when you get it. It's as simple as that. In my life, I have learned to seek the middle path in life. As undocumented individuals, we live in the middle, neither here neither there. Everything has culminated from years of hardships and personal battles, suicide being on of them.

When you grow up knowing that your parents cut off your wings before you could learn to fly, it makes growing up that much harder, on top of dealing with all the normal drama that happens growing up. It just raises the stakes you know. A while back, news broke about a young man who committed suicide because of his legal status in this country. I read the story, which wasn't written well. It didn't make a direct link to the death and his status, they just insinuated that it was because of that. Course, the young man didn't leave any note and showed no warnings, so it's suspected that it was because he was undocumented and was having troubles dealing with the court system when he got pulled over for driving without a license.

I never had the balls to do it. I was too scared, I just like the idea of it. I would wrap it around myself through comics, tv and especially music. But at the same time, they helped me make sense of it and helped me see beyond it. Never experiencing death made it that much more easier to think about it as an option. Mental health issues is something that is rarely addressed in the Latino/a and immigrant communities. I would know. It hard to explain mostly because some people can make piece with the decisions they make, but what about when that decision was out of your hands ? I think that's one of the biggest issues with undoc youth, that we had no say in what was happening and started developing issues around it.

Talking to others, we've all had our own ways of dealing with our depression. Some have gotten clinical help and others like me have, through their our thinking process found a way out of it, but not everyone has or will. One of the deciding factors that helped me lose my depression was having help from a friend. I myself want to be that person. The one that helps someone else find a way out of that depression and find their own path. The cause of undoc youth falling into depression are all circumstantial and depend on environment, family relationships, adjustment status and all the normal stuff one goes through growing up.

Comics, music and anime helped me through some hard times, still do. Through them I have found a way of living that continues to grow and encompasses more focus on the positive rather than the negative. Looking at the bright side of things you know. You gotta be like water. Able to take on the shape of your container. Able to transform from liquid, to solid to gas. To be as calm as a mountain stream or as powerful as raging river. Never limit yourself to anything. always be accepting to change.