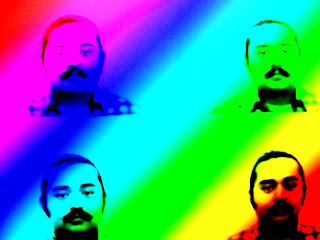 My being is one built on going against everything. I'm my life, trying
to fit in at every turn, I reached the point of finally being
confident in myself and doing what I want regardless of anyone or
anything. I've also realized that my life is built on being the
antithesis of my father. The man who gave me life, who has caused
grief & countless strife. I live to do everything he never had the
chance to do himself.

A lot of my friends grew up without dads and it's common sentiment,
spoken/unspoken that those of us with dads should be appreciative of
that. But the questions turns into a choice between two lesser evils,
growing up fatherless or having an abusive one in your life?

At the end of the day, I don't blame my father for his faults, but
more on his actions and choices as an Individual. My mother deserves
better than him, yet she's been with him all this time and raised a
family. Something I can never understand. She's put up with more than
I care to count.

Yet, my father is a productof the lack of choices he himself had as an
abused child, little to no formal education and making a living by the
sweat of his brow. That's all he knows and it's gotten him this far,
but it's not much. That's why I became his opposite, consciously or
subconsciously.

My loves, passions, ways of interacting with the world, the way I
think and even dance are to protest his. I've even had friends tell me
that I don't look like I belong withmy family, that's how much I stick
out from them. But unlike my father, I have had the freedom to make
the choices he was never even presented with.

I am what he could have been if life didn't say other wise. The hate I
feel toward him will never be gone, but as I get older it does dwindle
down. After all, how can one be mad at their parents for giving them
life and bringing them into this world ? Well .... Who said I wanted
to be alive in the first place ?