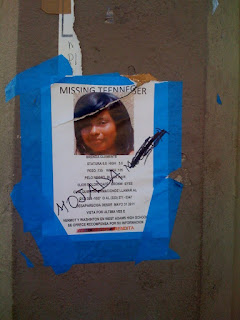 Today I felt physically I'll by all the negativity that I both harbor
and bring into my life. I felt like complete doo doo and the only
thing that took my mind and body away from that was work. Doing work,
immersing 1's self in the task at hand always seems to be the best way
out of these moments. That's probably why I had a moment of dejavu.

Yet, today of all days in which it was business as usual, i stopped to
smell the roses. This consisted of Going to work and organize, get
outta work and go to a protest/rally in solidarity/supporting homeless
folks fighting gentrification in downtown LA. Everything was right as
rain until the arrest came.

Once the action escilated to that level, I saw a sister who I consider
my other self, do what she does best, do work. Having been around
actions like this, she kept her cool and did what needed to be done.
She acted as a buffer between police and activist and made sure
everyone was safe.

In watching ther ake care of things from atop a fire hydrant, I
stopped for a second to breath and laugh at the irony of life. I laugh
because as undoc individuals, we do soo much more than outsiders can
or choose to see. So much so that we forget ourselves we're undoc in
the heat of the moment. Even when surrounded by 5 police officers, she
never backed down, had her say and continued on.

We both chuckled later on because we both know things would be
different if the cops knew about our lack of legal status. To know
that their power is being challenged by those who are beyond the
perpetuated stereo types of undoc folks. And in that lies the joke.
Ha, ha, ha, ha