Seems everyone is getting into flow charts and visuals as of late with all the deferred action stuff. Don't get me wrong, I love it since I'm a visual learner myself. Anyway, Deferred Action, USCIS and the announcement made today about the guidelines. This is the announcement everyone was waiting for, the nitty gritty details on qualifying for deferred action and work permits.

Even some of my concerns were answered with this newest update, but, bottom line is that deferred action is not a law. It's not mandated by anyone to the point of everyone in the government having to comply, at its core, it's still up to the discretion of the individuals on the ground, doing the paper work, bossing those that do the paper work etc.

Deferred Action only benefits "good immigrants' who don't have any kind of criminal record, are staying outta trouble by staying in school and aren't on the radar of ICE. This means that most dreamers are going to qualify for this, but it still leaves out folks who are too old or those of use who had run ins with the law, along with our parents.

At best, whoever comes after Obama, they can decide to end it or keep. Ultimately, nothing has changed but everything has, you feel me? But don't get it twisted, I'll be getting my work permit and paying my $500 just like everyone else. And in true fashion, mainstream media has decided to focus on the cost of the permit and spinning it to look like anyone who is undoc can get a work permit for $500.

In a nut shell, the latest announcement cleared the air on some of the biggest issues most folks have with deferred action. Will someone land on ICE's hit list if they apply, but don't qualify? Yes and no. Can you still re-apply for the work permit after you turn 30? Yes, but only if you were under 30 the first time around. Will driving without a license bar me? Yes and no. Can I travel abroad? Yes and no.

The list goes on and on and I'll be damn if I'll go through all of it. If ya'll wanna look up further details, follow my links. I'm don't have the patience to write all this shit up for everyone and spoon feed it. Read the damn thing gawd. How hard is that? I mean, yes, there's some legal language that may confuse some folks, but it's there none the less. Read it, it can hurt. 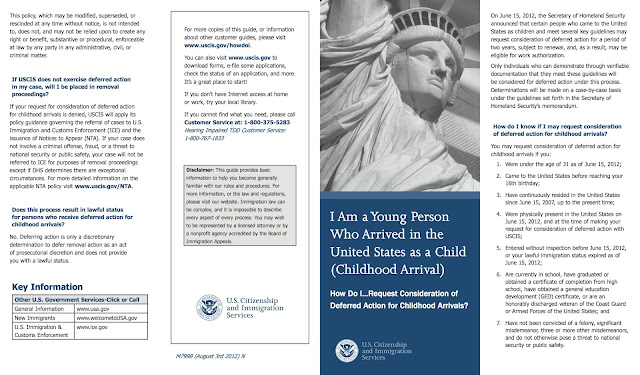 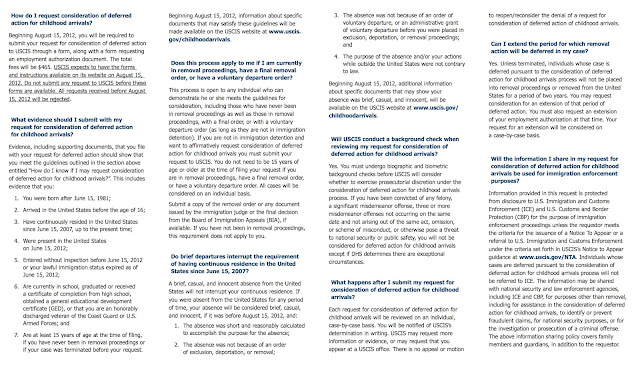