Dilly of a pickle 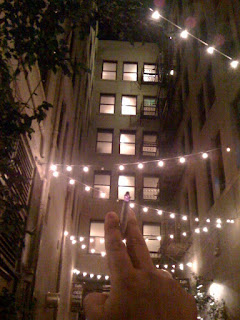 I'll get to the point this time around, I'm depressed. I think I've
mentioned before how I have this cycle of depression. It's goes from
bliss to apathy and right about, I'm getting toward the bottom of the
barrel. You see, it's like this so far, school, the gf and moving in
back with my parental units have been going awesome. Everything was
going great, except just being exausted from school work and moving.

But as I've written before, all it takes is one pebble to cause a
murderous (sp ?) landslide that oblitirates everything good i have
going for me. Like anything else, this goes to back to the I don't
have papers cituation and resurects all of those feelings that get
shoved aside inorder for me to go about life normally. Whatever normal
is.

Yes I feel like complete and udder shit. Crap. Dookie. Caca. Popo.
Feces. Manour. Just plain sad, mad and bad. Hypothetically speaking,
I'm looking down the barrel of a shotgun right now and my future is
dependent on making one single decision. Course this happens everyday
but not at this caliber. The decision I have to make involves me being
subject to deportion if I don't do anything about. It's as serious as
it gets at this point and this isn't a cituation I wanna call a bluff
on.

This is gonna get worse before it gets before and it's gonna take a
toll on peeps around. That's why I isolate myself during these times.
This ain't no game and while I say things overconfidently and cockish
about people getting my back if I was in the deportation process and
seeking sanctuary at church, it's a real possibility that my ass is
grass. I can say details, but I gotta do something one way or another.
Not having papers sucks. It sucks all kinds of ass and balls.

I was talking to the gf about this and I told her that there has to be
someone willing to die and go down for the cause for the greater good
of everyone else. It takes one person to spur others, but at a
tremendous sacrifice to himself and his loved ones. I told her that
maybe I would have to make that kind of decision. That I would have to
step up and be a marter (sp ?) for the cause of undocumented students
like me. Do I have it in me to take it that far ? To sacrafice myself
for everyone else ? It's a possibility along with a billion others.
Only time will tell right ?