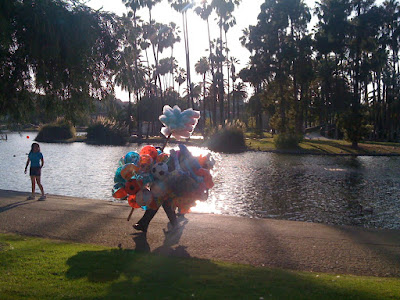 "If it wasn't for Heavy Metal, I would be a fucking punk."

"The only true currency in this bankrupt world is what you share with someone else when you're uncool."

Looking through pictures on my myspace page, yes I still have one, I realized and saw some of the changes I've made over the years. Everything from physical to mental and emotional. I'm proud to say that I've grown tremendously over the years and even though I don't stop to acknowledge that all the time, doing so once in a while helps put things in place. For me, it helps me reassure myself that I am where I need to be. That I'm doing what needs to be done in my life, like a feather floating in the wind, I let those forces beyond my understanding and comprehension guide my life and the people I meet. So, join me in looking back at the last few years in pictures and get to know me on a more personal level. Hopefully you'll see some of yourself there too and can relate to the progress I've made. 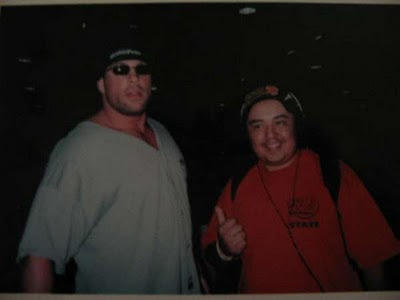 This is me WAAAY back in 2004 at my very first comic book convention, Wizard World Los Angeles. My sister and I had the most bestest time EVER !! The show was in Long Beach, so for three days we commuted to the LBC by catching a bus into Downtown and then taking the train here in L.A. all the way down to LB. We would get up at 5:30 a.m. to get to the convention by 8ish. We volunteered because it meant free entry to the show, cuts in line from fellow volunteers and meeting other fanboys/fangirls. I remember buying two disposable cameras and taking a bunch of picks of comic peeps that I finally met in person like Alex Ross, Kevin Smith, Jayson Mews and Rob Van Damn, the guy in the pick, to name a few. When I did develop the pics, none of them came out because I didn't use the stupid flash button everytime I shot a pic. We came back with soo much free crap and stuff that we bought on the cheap because on the last day, vendors from out of town mark everything half off. It's like a goldrush. My sister and I had such a marvelous time, we both still reminisce about that weekend. Coming home, tired and feet sore, knocking out and waking up the next day to do it again. That's how hard core we are. 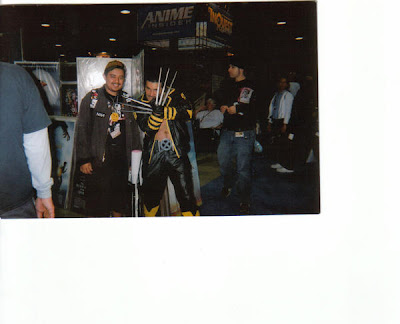 This is a bad scan of one of the pics that came out from our second year going to Wizard World L.A. circa 2005. As always we commuted to the LBC by bus and train, waking up early and putting in a hard days work of waiting in lines to grab free stuff, meeting comic celebs and generally having a kick ass time. Part of the fun of the conventions is seeing people dressed up as characters, like this guy who showed up as Wolverine. He had his wife and son with him and he was super cool about taking pics with people. We spent three days there, saw some old faces from the previous year and placed another notch on our utility belts. 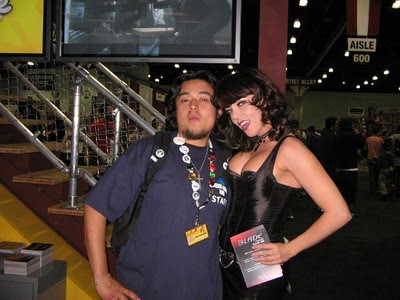 This is circa 2006 and by that time we had a digital camera, so that meant more pictures !!! For the third year in a row my sister and I headed down to the LBC to join our comic brothers and sisters for three days of being in a place were not liking comic books makes you uncool. As you can tell from the pic, I had made some notable progress and changes already. I was in my second semester of school after being gone for three years, had more confidence and was growing my hair. My sister and I would always save up our money a few months before the convention started, usually around $200 - $300 bucks to cover food and to buy all sorts of comic swag, on top of all the stuff we got for free. We didn't care what it was, if it was free, it was going inside the bag. In particular, I ended up taking a lot of pics with the women who work booths. That is pretty self explanatory. Not that I'm a sexist pig or anything, but back then I was just having fun and enjoying my time there with my sister. This year we had a lot of fun and we had commuting down to a science. 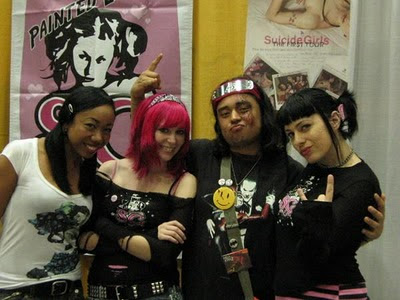 Haha as you can see, by 2007 I had all the confidence I needed. I had my long hair, got a scar painted on my face, which was awesome because on the bus ride home people would look at me like WTF !?!? And of course I had to represent one of my favorite anime shows, Naruto by wearing a ninja head band. I took a lot of pics with the Suicide Girls because let's face it, I'm a sexist pig like that. 2007 was a huge year for me personally because that's when my family moved out to Utah. We moved out by February and knowing that the convention was coming up, I saved some bucks, carpooled with an uncle coming to L.A., crashed at a friends house and went to the convention. My sole intention was to go visit for the weekend of the con, say hi to everyone and then head back, thankfully things didn't go out as I planned. After the con ended, which was moved to the L.A. convention center, I decided to stay because of an argument I had with my dad. I got a job and then moved in to my other friends house until my parents got back to L.A. last year in late October. This is the year in which my passion for art and my introduction to the Chicano/a world happened via seeing the Cheech Marin Collection at the Pico House on Olvera Street. Everything that has happened in my life up to now started that very night. I wouldn't change any of it. I'm truely lucky. 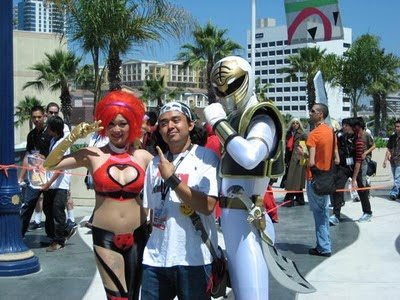 That same year, later in the summer I went to my very first Anime Convention, in the LBC. It was a complete change of pace from the other convention I was use to going to. Unlike previous years in which I had my sister of friends go with me, I went on my own. I initially volunteered like I would at the other con, but because they had all the people they needed I got a free three day pass for the weekend. A $65 value. I was more healthier in those days because I was jogging 2 miles a day and was watching my health. Still had the long hair flowing in the wind and was quite the eye candy for the ladies, least that's what they told me. That anime con was so great. I got to see soo many different people dressed up, like the White Ranger. I had a bad ass time and picked up some nice swag. Also as you can see, I was rocking the man-purse WAY before it became cool. In 2008, I ended up cutting my hair at the beginning of the year. I had just broke up with a girlfriend and I wanted to change things up a bit you know, new year, new attitude and new do. I was still at my friends house so it was me and him volunteering, taking pics and filling our bags with free swag. Even I have to admit that I was pretty good looking. Makes me feel like crap that I've let myself go from my days of jogging with my dog around the cemetery. I was still in college making progress and by that time I was all over the art scene and still entering the Chicano/a world. I remember that this is the year in which I realized what i was looking for in a partner, after going back and forth repeatedly with the last gf. From 08 to all the way to June of 09 I didn't have a gf. When I think back, I made soo much personal growth and got to be more comfortable with who I am that it changed my outlook on life quite a bit. All the while I was making a name for myself writing about art shows and building the foundation that has lead me to now being not only involved in the Chicano/a world, but also in the fight to pass the DREAM Act. 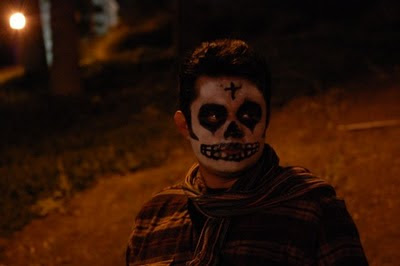 2009 Day of the Dead celebration. I spent it helping as a volunteer with Self Help Graphics, considering how much fun I had the year before. This was a super intense year and in the two years that passed by from me deciding to stay in L.A. to now being part of the scene, so much so that chisme about me floats around. That to me is beyond belief and in a way solidifies me as being part of the scene. I always trip out on that. 09 saw a huge leap in my activism, art loving, Chicano/a awareness and developing my self identity to the point that it's now secure and in place. I fell in love, hard. This was the real deal, which is why I was out of it when it ended. Truly, it was a summer love if I ever had one. Like every other significant experience in my life, I walked away with all the positive stuff, added it to my spiritual and physical being and grew once more from those experiences. I still trip out thinking back and even though it may have been last year, to me it feels like a life time ago. 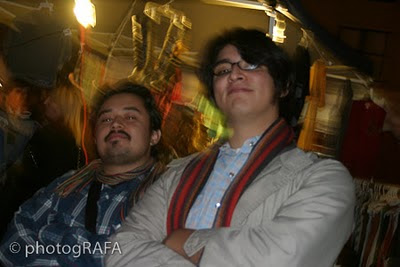 Circa 2010 at the first L.A. Art Walk of the year. I'm not one to follow popular traditions or customs, I like to go at my own pace and doing things when I am ready to do them or when the faiths thrust them upon me and get my ass moving. 2010 is already bringing a ton of opportunities and upping the anti in terms of what is going on in my life. All aspects are being watered and nurtured for growth. The people around me play an instrumental in that growth and I can't thank them enough. Everyone from the Chicano/a scene, art, DREAM Act and peeps that kick it with me once in a while. Life is never without its irony and at every turn I seem to come to a new conclusion and level acceptance of where the faiths are guiding my life. It's still early in the year and I don't know what the rest of the year will bring. Off the top of my head I'm transferring to CSUN, which is going to be a whole new beginning to say the least. I'm reading poetry and working on shorts stories that will hopefully bear some fruit, on a more personal level. I don't predict anything or plan for it in detail because things always change. Success is when preparation meets opportunity.