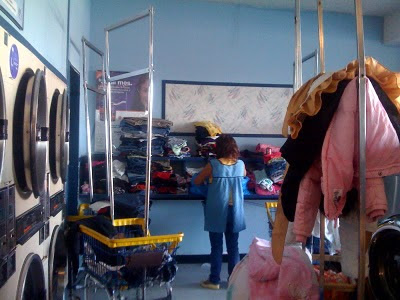 For anyone that comes from a background of having to speak and write English as a second language, this is for you because translating for others is one of the most frustrating jobs we do. Seriously. Specially when it comes to family, mainly parents. "Puez pa que vas ala escuela si no puedes dicirme que dice en esta carta ?!" loosely translates into, "what's the point of you going to school if you can't tell me what it says on this letter ?!" I heard that so many times growing up that every time, to this very day I still get flash backs of moments like that and I get, let's see, how can I put this ? Agitated is a good word that isn't to brash. Rather than just going off on my past translating experiences, why don't I touch a little bit of everything that's both positive and negative on this particular issue.


Here's a little break down of the situation from my personal experience over the years. What usually ends up happening is that when parents immigrate, their kids are the first ones to learn to read and write English in school, in my case at an accelerated pace due to the level of immersion I had in both school and at home watching American television. Naturally, my experience isn't the standered, but it is one shared by many other kids who grew up with parents who weren't fluent in English. With school and translating for parents, kids who grow up this way, like me, do end up developing type specific skills that almost make all the emotional scaring worth while, almost.

Speaking for myself, translating helped develop speaking skills, being more articulate, communicating orally, people skills, taking in information and breaking it down to simpler terms, mostly using analogies and similes and increasing my basic reading and writing skills as well. Another unexpected side affect is the person maturing faster than normal because of the interaction we have with others older than us. More often than not, the people I would interact the most with when translating for my dad was a clerk at whatever business he had to make a payment to or deal with. This of course also included court and the DMV, which I always hated going to as a kid because they're so FUCKING BORING. I always hated being dragged by my dad to all these places because I had to wait in line with him, wait to get to the window, talk to the person and resolve whatever matter my dad wanted resolved, which usually was some dumb little thing that could have been done over the phone, but because neither of us knew how the system works we ended up going in person like dumbasses.

My personal experience wasn't just limited to tagging along and explaining letters, no for you see my dad is quite the entrepreneurial and he always had some type of business going for him. His first venture was operating his own tire shop, were he fixed new and used tires and sold them as well. Whenever a customer who spoke only English came around, he would get me to translate the transaction. I ended up being present for a lot of shady stuff and because I was a kid, my dad didn't think I knew what the hell was going on, but I did. I will also say that translating for a police officer was also quite the experience in itself. Trying to cover up for my dad for being drunk after getting pulled over, giving 911 directions to the house and details about what happened and staying on your toes making sure that you don't say anything that'll get anyone in trouble.

During business transactions, and this is something that also helps individuals develop and learn different communication skills, my parents would take me with them when buying things. Whatever the item would be, like let's say a used car, my dad would haggle with the owner through me, telling me to tell the owner that the price is to high and that he should lower for reasons X, Y, Z. Naturally an individual picks up on these kinds of socials skills and incorporates them into their being, whether it's a conscious act or in my case a subconscious one. You see the interaction between two people doing business so often that it becomes norm really. In my case it did and still is because since I moved in back with my parents, I've been doing these kinds of acts recently.

Huh ? now that I've thought about it and wrote some of the stuff that was in my head, it suddenly doesn't seem as bad as I make it out to be, mostly because I'm selfish. Ahh now I remember, those feelings of frustration that come when you can't help them the way they want you to help them. You see, what ends up happening is that sometimes the parents don't learn to read or write in English. Such is the case with my parents. Between me and my three younger sisters, they've always had someone around to translate things for them. It's not soo much that I don't want to help them, which a majority of the times it is, but after having done it for soo long, you start to foster this behavior and create this endless cycle. The best way to explain is by that old saying, "Give a man a fish and you feed him for the day. Teach a man to fish and you feed him for a life time." It's as simple as that.

If kids are translating for their parents and other individuals, they're not going to learn to do it for themselves either. Again as I've mentioned before, a lot of immigrants never finish school and are borderline illiterate when they come to the U.S. So if they can barely get by in their won language, trying to learn another is like staring down the barrel of a gun you know ? It's a cycle really where one leads to another and if nothing is done, by either party to end it then it'll continue on. Part of the frustration comes also from the fact that when you refuse to help them, they throw back all those, "well I'm your parent. Respect and obey what I do. I gave you life. I fed and clothed you and have raised you since you were a baby. I brought you here to this country for a better life" and so on.

All of those feelings come rushing back and it creates drama to say the least. On my part, you feel the frustration for being relied on and them thinking that you don't have other important matters to attend to. I don't but still you know. Then they feel like you're leaving them out to dry and turning your back on them, which isn't too far'fetched. Usually this kind of drama happens when it comes time to filling out legal forms and junk of that nature. A person can barely make sense of them in one language let alone translating it to another. Then when you do help them, they don't have all the right info and they expect you to pull it out of your ass. The fuck you say.

It all comes with the territory really, there's no way around it. It's multicultural and something first generation and second generation immigrants deal with. I can only imagine what the stakes are when your family is more traditional in terms of following the ways of the old country you know. Here you are trying to explain to your parents that doing something as normal as going out with friends on your birthday is not intended as disrespect to them. It's times like that I'm thankful I was a social outcast all of high school and didn't have to deal with that kind of stuff.

Although, there was this one time in the sixth grade, it was a Saturday night. I spent the day at my dads tire shop and as we were getting home, I saw my neighbor heading out. She was super cute and going to the school dance, while I was dirt black and mugroso. She told me that I should go to the dance, but yeah. It didn't happen. She really liked me too because she asked me to be her boyfriend and me being a complete idiot and not knowing what to do, didn't take her up on her offer. She was soo cute and all the guys at school clowned on me for not getting with her. A total Mary Jane, and not just because she was a red head, well it was dyed, but still. That's another story for another time. Translation like anything else in life has it's ups and downs, but I wouldn't be a good reporter if it wasn't for all those occasions translating for my dad. Thanks, I guess.
Writen by El Random Hero at 10:58 PM