Of a grandfathers passing 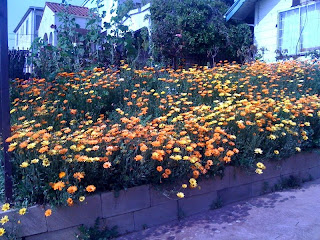 My grand dad passed away this past Saturday. My dad didn't tell me, my
sister did. As he was starting his trek into Mictlan, the Elysian
Fields, Valhala, Heaven, nirvana or whatever you choose to believe, I
was out having a drink with friends. It's strange for me to be in
these kind of situations. I never met him or got a chance to know him.
I honestly thought that something would have happened by now and that
I'm my traveling back to my home country, I would get to meet him and
my grand mom.

No such luck. Death is the one thing everyone on earth has in common.
No one can escape it and yet we all come to terms with it in our own
personal way. For the majority of my life I have been detached of the
experience of death and through, I am able to understand it and accept
it, rather than trying to fight it.

Oddly enough, I don't know how to feel about this as well. From
hearing my dad talk about him, he wasn't great. He says that when he
was 7 years old, he ran away from home because his dad would beat him
regularly. Mere steps from deaths door. Working the fields and being
treated as a slave, rather than a son. Hearing that makes things hard
to understand and comprehend.

How can I be sad for someone that I never met and is family ? I don't
believe in mourning for someone that isn't gone, they're just not
here, on this plane anymore. No one ever dies. I remember hearing
Ofelia Esparza talking about the three deaths in our lives. The
physical, the spiritual and the worst death is to never be remembered
by anyone. To be completely gone from existance. For as long as their
memory and thoughts remain with others, no one is ever gone.

My dad isn't showing any signs of feeling bad or anything. It's truely
macab for me. That he's just acting like nothing happen, not even
telling me. It's his was of dealing with it I guess. None the less,
i'm not sad that my grand dad has passed on. He's still around and in
due time, we're going to have all the time in the universe to catch
where we couldn't here. I

know he's joining everyone else, those who are guiding and watching
over me and my family on this plane. I do what I do for them. One of
the first of the family to go beyond a field hand. I'm sure he's
already on his journey, riding the winds of destiny on the wings of a
monarch. Crossingover the rainbow with two gold coins, toll for
crossing the river sticks.