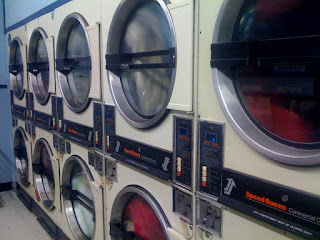 For those of you reading my thoughs as of late, you know that my mind has been on other things. Too be honest, that's been happening for longer than I care to remember. When I first started to write, it was more to inform than to vent. Yet, with soo many other new outlets, like dream activist and other people blogging about being undocumented from a variety of aspects, I began to focus more on myself. Natrually, this space turned into more of a diary sorts with each post.And to be honest, somewhere along I kinda ran out of things to talk about and explain. I talked about ID's, the DREAM Act, legislation and other stuff of that nature and again, you can easaly find that kind of information somewhere else.

I guess it's a nutural fit that this space starting developing into that diary, rather than just being another blog that regergitates info that others may write about and add my two cents to it. One thing is for sure though, people seem to be getting tired of the, "I'm heart broken, therefore I'm sad and depressed routine." So I'll turn it down not just for people that are tired of reading that, but because it's not healthy to dwell on things like that. Energy is in constant motion, as should I. I've been described as a "relationship kind of guy" so I get in touch with my inner emotions. Moving on.

I was checking out the campus progress email news letter and they mentioned a story in the Washington Post about homeless college students:

Lewis and Wilson are both in their 20s, both college students and both homeless.

Their stories are remarkable and humbling in so many ways. They shatter our assumptions about who is homeless, and they put so many of our daily struggles in stark perspective.

It's easy to get caught in our lives and our daily happenings, with friends and of course family. It's easy to ignore and shut out everything happening in the world, specially since we are all so disconnected from each other. For me, more than anything, being homeless was always around the corner, specially when I was a kid. My parents had to look after four kids and they do what they have to. For that I am always thankful and appreciative of them. It's easy to get got caught within ourselves and think that we have it worse than anyone else. We don't. I don't. I don't tell myself that as an excuse to justify or alleviate problems in my life. I do it as a reminder that life is a struggle and nothing can stop us from getting what we want when we set our minds to it. We all get distracted every now and then, it's ok to be selfish. Just don't make a habbit of it. Advice I should be implicating rather than preaching.