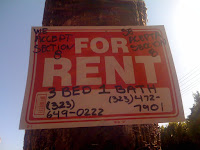 Whether it's lack of communication from partners or having to deal with the bureaucracy of a broken system that doesn't let you add the stupid classes you need so you can get out of community college already and transfer somewhere else because you're tired of being at that lame ass school. Grrrrrrrr...... But hey, things could always be worse right? Damn holidays always for making people want to spend time with their family and appreciate life for what it is and to be over all thankful, how dare they.


I find myself with a lack of structure once again. Again, the holidays throw the normalcy of things off for a few weeks. It's nice and all, but a person like me needs structure. Waking up, going to work, coming home. Rinse, lather, repeat. Left alone to my own devices, I tend to wonder off and start things and then get bored with them half way through. If a project I'm working on doesn't have a set deadline, then it'll never get done. Something about having pressure that makes me productive.

At the same time, it's nice to have some down time. Catch up on the everyday, mundane things like television and video games, which is something I treasure. And some reading here and there. Since I don't live with my family, I live with an uncle and his family, I don't don't do the dinner around the table things. I'd rather go on a bike ride in the middle of the night than to have to make small talk with folks who think I have no real job or skills because I spend my time infront of a computer or playing video games. Supportive, I know right ?

Still, life goes on and before I know it, things will be as they were once again, considering I'll be in school  Monday through Thursday for an hour or two. Not to mention the need for a job and to continue on ahead with all the work I do and don't do. And of course making sure that I'm up to date on all the lastest chisme that's going around town. That in itself is pretty routine I guess. Just gotta make the best outta it like always.