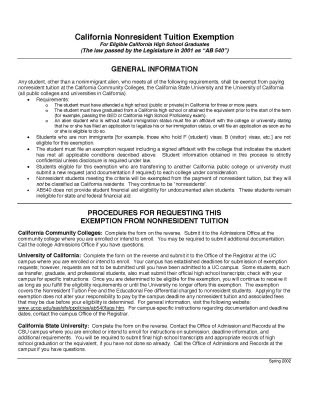 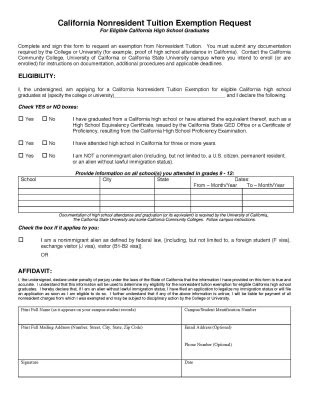 (CLICK ON PICTURES TO BLOW THEM UP)
Here it is. This is what says I can go to college in California under Assembly Bill 540.  If knew about this getting outta high school my life would have taken a dramatic turn of events to say the least. AB 540 passed in 2001 and I graduated in 2002. I spent three years working no point jobs and even though it took me a while, I got back in school and I had to sign the affidavit to do so.  It's safe to say that everyone who's in college right now or will be will be signing this form. I never really put much thought into it because it's not something I come across everyday or even think about. It's just something sporadic I dwelled on because I wrote a story about the DREAM Act being reintroduced in the senate. I got bothered because initially I was going to focus on the online aspect of how the DREAM Act came up again, but I fell behind with my work.
I also noticed something that caught my attention and again got me bothered. During the news paper production night, which was yesterday, some colleagues made some interesting comments. They asked how many times has the DREAM Act been introduced in the senate and I told them that it's been quite a few times since 2006. Even though the first time was in 2001. Yet the way they responded struck me as, how can I put this ... ass hole'ish. You know how when someone makes an insensitive comment about something EXTREMELY PERSONAL  and you correct them and school them on how saying stupid things like that are disrespecting the people affected by it you personally as well. It was like that for me.
I left it alone, but none the less I realized where people stand when the truth actually comes out. As always people say ONE thing and DO another. I'm guilty of the crime, but I take steps in not falling into that habit. I can say the same about other people, but I'll just leave it as office politics, nothing else. I'm still in that moment though, " Wait ? It's being introduced AGAIN !? How many times is that now?!" The truth comes out when you least expect it.