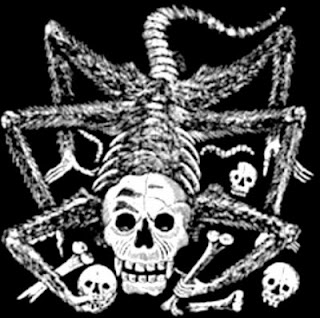 When someone has a limb cut off, there's a period of time in which
that limb can be reattached. If the limb is kept alive, so to speak,
surgery and rehabilitation will allow the individual use of that limb,
but not like it was before.

Then there are times in which the reattached limb may take a turn for
the worse and start to decompose. If the limb isn't removed
immediately, it will contaminate the rest of the body and if left
unchecked, kill the individual. So inorder to live, the individual
must sacrafice that limb for the greater good.

I'm walking down the street on my way to do laundry, cause we all need
fresh chonis, and I spot to bangers walking across the street. I can
spot one a mile away. That and there's an apartment building that
houses them like roaches. Only coming out at night and running away
when the cops come looking for them. Funny thing is there's a police
station down the block.

As I continue to push the cross walk button, I keep'em in my sights.
They disappear behind a parked van and a police cruiser drives down
the street oblivious to them. One of them reamerges running with a
sweater in his hand that he stole from a store.

He crosses me as he's running wondering what's keeping his friend. I
keep on going because the reality is, this is just another day in the
neighborhood. I see these idiots do stuff like that and I'm quick to
judge them with a critical eye. At the same time I check myself
because I too was once judged with that same critical eye when I stole.

Toys, school supplies and clothes were mine for the taking because it
was that easy. None the less, there's nothing to justify what I did,
no matter how hard times got when I was a kid. My mom knew and let me
do it outta some guilt trip for not being able to give me simple
things like that. I can see it in her eyes.

So, I too shall be judgeded with the same scruteny as I judge others
and I accept that. The way I see things, these "rotting limbs" need to
be cut off from the healthy body they once belonged to for the greater
good. These "limbs" have/had a chance to be part of the body, but
something happened and it didn't work out.

Some of these "limbs" are still attached and killing the healthy body
by their meire presense around. Having been one of those "limbs" at
one point in my life, I realize that a second chance will make a world
of difference under the proper guidance and for that I'm eternaly
greatful. I want to commit my life to helping "reatach limbs" just
like I was given that chance of being part of the "body." Yet, I still
recognize that some limbs may be too "gang green" to be helped. They
need to be "dispposed" of, other wise they will continue to weaken and
eventually kill the "healthy body."