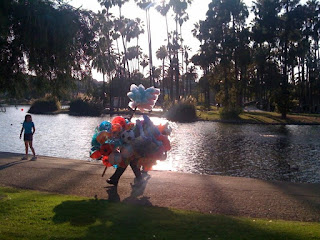 Intersting turn of events as of late. Through some audacious means, my
father has been granted residency and can work here in the U.S. now.
Granted that his brother has been petitioninghim for the last couple
years but he has it now and after a recent phone conversation with him
I realized something, the wasted potential in that very act. But
first, some background info.

For those of you knew to this, my family has been living out in the
Midwest for the last two years. Snow is beautiful. They carved out a
little niche for themselves there by opening up a restaurant, but with
everything going sour, job loss in the town, people not spending $
anymore, they had to close up.

Fourtunately, my sister has Bren helping and while things are bad
right now, they're still doing good, hence my beef with my father. The
man who has the midas touch some how loses everything he has worked so
hard to build and established. It's like he likes to struggle. He
needs it. It gives him purpose and it drives him be ause without it he
can't feel contemp. He can't be happy.

During our conversation he tells me to help him look for work here, to
look in the papers and ask around. Maybe he can pick up bring a
security gaurs again, something he use to do. At that moment I
realized something in my mind, "why don't you go out and get a
regular ? Stop trying to hussel and mess around with cockamany schemes
as if we're on a tv show." But that says it all. He doesn't know
anything beyond that life. Normal to him is struggeling and busting
his ass for nothing until he builds something substantial.

I realized that because he has no education what so ever, he doesn't
like taking orders from anyone and can't stand to work for others, he
can't go get a regualr job. Whatever that is. He has to make things
happen on his own other wise things won't click. Things won't work or
happen. To think that here we are in this situation. My father is
looking for and has the means to make things happen but he doesn't.
He's getting older and his body aches but that will ne et stop a man
of his caliber.

To think that his residency will almost. Be of no value to him other
tha. Getting permits and IDs. He's to proud to go on welfare or
anything like that so you freaks don't need to worry about my family
leeching of the country. Still, what I would do if I had that
residency. Things would be a lot easier and I would be able to
accomplish SO much more, but alas the fates have something else in
store for me. I may not be able to understand or comprehend the path I
an on, but I know it's the path I need to be on. Like him the struggle
is part of who I am and what I do. It guides me and points me in the
right direction when I lose it. Through struggle and suffering I have
gained more than I could ever hope to and I am greatful for that. I'm
greatful for my dad and his progress, but I still can't help think
about it. Where resources are going and why things are the way they
are. I may not understand it now, but down te road I will.