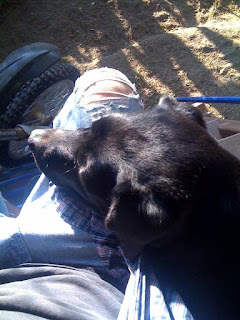 I was having a conversation earlier tonight. I was asked about what am
I doing to better my situation. How can I look on the bright side of
things and maybe find some loop hole. During that conversation I
explained how I felt the day I found out there wasn't anything I could
do about my situation. I made an appointment and I went to the
immigration offices. I waited in line with a number until I could talk
to someone and I explained to them my situation. His reply was that
there's wasn't I could do besides the big three job sponcership,
family or getting married. No loop hole, nothing.

I went into depression that day and it lasted a good while. That was 3
years ago. Nothing has changed. During that conversion I also
described what I felt like that dayand the days after it. Doing
research and asking questions got me no where. It just made things
worse. I felt like a caged bird that is put next to a window. A Hawk
confined to a cage so tiny that I can't even spread my wings out.
Tortured by the cool breeze of the wind that I once felt under my
wings. That's what it feels like to be me. That's what it's like to be
an undocumented student. You know better yet you are forbidden from
knowing it's pleasures. We live in a frozen world which we can see but
never touch. We would trade a thousand of our frozen years for your
worse day.