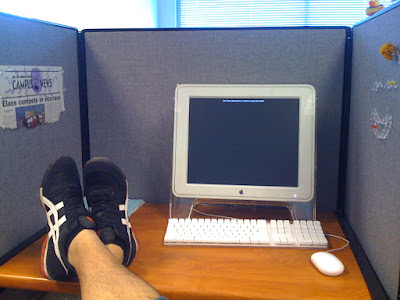 "El Random Hero," we, as in my adviser, editor in chief and X girlfriend/managing editor, think it would be best if you didn't come in for the rest of the semester." And just like that 3 years of being on staff at my school newspaper ended. In those three years I have seen a lot of people come and go, three different EIC and a bunch of drama, that I had a major part in causing for you see, I talk back a lot. I say what I think, I'm truthful about it most of the time and the way I say things are abrasive and rude to say the least.

My personal habits, which have changed and grown as I have over the years, never got in the way of me being able to do what I do best, and that's work. When I first started, often my stories would get pushed to the front page because other writers dropped the ball and didn't turn in their work. Not only that, but the stories that got bumped were stories I caught on my own and wrote on my own. That's how I did things. I would take stories from my EIC and give them story ideas as well, or go out and find my own.

I wrote about a lot of different things happening at scchool, events, people and students. I was able to meet a lot of great people and networked extensively, which is paying offf in gold now that I'm taking my writing online and to other publications. I learned the ropes in Campus News and built a great foundation for my career as a reporter and I have my advisor to thank for that. Looking back through my old stories I can see my writing progressing and getting better each and every issue. One thing I never did while in the paper was think that I was better than anyone else. I always made it a point to keep myself in check because I knew that even though I can get work done, there's others out there doing better work than me and I still have a long way to go. 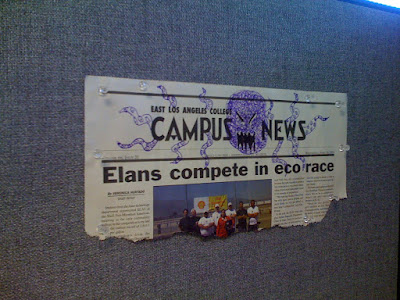 Since I don't have to worry about the newspaper anymore, I suddenly realize how much time I spent there. I find myself doing more things and handeling business in my other two classes since I don't have to worry about the paper. I really feel like I was freed and let loose even though part of me is gonna miss the grind. The thrill of putting the paper together and seeing the reaction on peoples faces when they read it. I still get all of that somewhere else, but at school it's different because we're the only ones giving them information about their school.

Good times but we all need move one eventually. Since I have always been on the paper, I haven't been takling other classes that I need for my general ed. so I can transfer and get my A.A. That and I had to start at remidial math and work my way back up because when I enrolled in school, I was three years outta high school and well, sloopy when it came down to math and me. Finishing up stats this semester will be a huge step forward as I already planned out my fall schedule and all the classes I signed up for are classes I have been looking forward to taking, specially speech.

My only regret about the paper was that I was passed up to prove that I could be the EIC repeadedly because my advisor and EIC's thought I would humiliate someone, make'em cry or do or say something stupid because I can't be serious all the time. Bullshit. As much as I joked around with everyone and goofed off, I know the differene between work and play, but because I never showed that I understood that I always got passed up.

I can be trusted with important stories and laying out pages, but I can't be trusted with a staff and tthe paper because I might do something dumb. Please. The only reason I ever did what i did was because I didn't agree with the management and maybe ignoring them, talking shit to them. *As I was writing this, an earthquake just hit So Cal, 4.7 And now back to my rant.* Where was I ? ohh yea the newspaper. Fuck'em I say. I'm done with their politics and the powers that be saying one thing and then acting another. 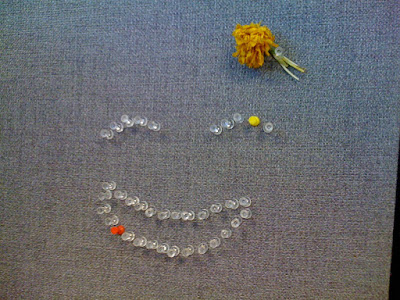 I have no regrets about enything I ever did in there and all the work I accomplished because it helped me get where I am right now. It'll be weird not being able to say that I'm a writer for the school newspaper any more or having a press pass, but I have another magazine in which i can say I'm associate editor and I'll have a press pass as soon as I make'em . Anyway, I think this post has gone on long enough and I'm done.
Writen by El Random Hero at 9:33 AM