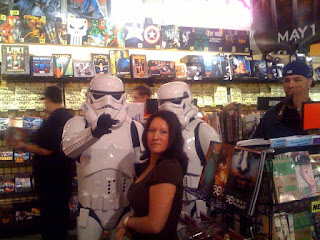 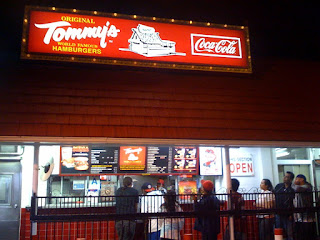 You know it's rare that I go out. In the sense that going out means
having a few drinks, kicking back and taking pictures with storm
troopers and princess Lea look alikes. Normally I would spend Tuesday
nights at school arguing with people, but not anymore. I spent this
Tuesday night in Hollywood hanging out with storm troopers and Darth
Vader drinking red bull mixed with some blue bottle thing called sky.
It was a DVD release party for a movie and as soon as I heard that
there was free booze I was there.
Writen by El Random Hero at 12:49 AM